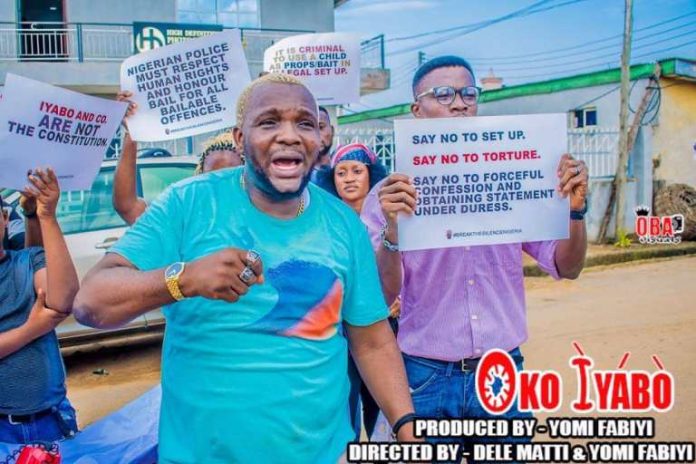 According to the Nation, the movie x-rays the travails of Fabiyi’s embattled colleague, Olanrewaju James, popularly known as Baba Ijesha.

Baba Ijesha has been in the custody of the police since April for allegedly sexually assaulting a 14-year-old foster daughter of comedienne, Princess.

Yomi Fabiyi has been agitating for the release (via bail) of Baba Ijesha and also held a protest against the detention of Baba Ijesha.

Although he has not announced the date the movie would be released, he revealed on his verified Instagram page that the production of the movie is complete.

“The Movie “OKO IYABO” location loading. A lovely story & concept. We are getting ready. Una don watch OKO RAMOTA & u enjoyed it, get ready for OKO IYABO,” he tweeted last month.

The movie will also feature other Yoruba veteran acts including Hassan Ogogo, Adewale Elesho, Toyin Afolayan, Baba Olafaina, Akeem Alimi and many others.