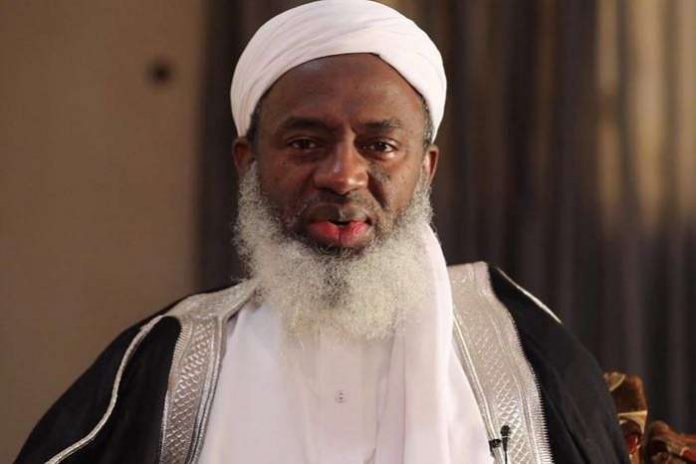 THE Indigenous People of Biafra, IPOB, yesterday,  told Sheikh Abubakar Gumi, that it will not compromise actualization of  Biafra nation for Nigerian politics.

The pro-Biafra group also told Gumi that it has nothing to do with Nigerian politics and those contesting or not, wondering why the emergence of Mr. Peter Obi is giving him sleepless nights.

Reacting to the alleged statement credited to Sheikh Gumi who was quoted to have said that “the agitation by IPOB has slowed down in the South Eastern Region since Peter Obi picked the presidential ticket of the Labour Party”.

IPOB said that  it does not speak from both sides of mouth and does not  go back to its vomit, adding that it has no interest in who  has emerged in any part or cares about who is contesting what position in Nigeria.

A statement by IPOB’s Media and Publicity Secretary, Emma Powerful entitled, “Gumi, actualization of Biafra nation can’t be compromised for Nigerian politics” said it is a mere day-dream for some unscrupulous  and inconsistent people in Nigerian politics to think that the emergence of Mr. Peter Obi would affect or change its decision to pursue the actualization and freedom of Biafra.

IPOB’s statement read: “The attention of the global family and movement of the Indigenous People of Biafra, IPOB, under the command and leadership of our great leader, Mazi Nnamdi Kanu has been drawn to the unguarded statement from the controversial Islamic cleric and fundamentalist, Sheikh Gumi, alleging that IPOB agitation has slowed down in the South Eastern Region since Peter Obi picked the ticket from Labour Party for presidential race in Nigeria.

“This purported statement attributed to this Northern terrorists spokesman shows the level of cluelessness and how uninformed he is about IPOB movement and its activities. Sheikh Gumi must understand that IPOB is not in the same page with him and his terrorist cohorts ravaging the Northern Nigeria and beyond.

“We understand that some unscrupulous elements in Nigeria  are thinking that Peter Obi, who is  among those  running the race to become Nigerian President, would affect us or change our decision to pursue the freedom of our dear Nation Biafra. The  government and its collaborators are day dreaming. IPOB is not capitulating or compromising in this fight to Iiberate Biafra from the dungeon that the British caged us with  in this contraption packaged as a country.

“Gumi’s hatred against Biafra restoration beclouded his reasoning and could not allow him to see beyond his nose. Let him be informed that IPOB has engaged in world class standard freedom fighting, which has successfully brought us thus far. We have covered the most rocky part in this struggle and no doubt, that freedom of Biafra is certain.

“We must restore Biafra. The British colonial masters haven studied the history of creativity and ingenuity of Biafrans decided to frustrate our civilization by forming unholy marriage with Nigeria. But Chukwuokike (God the Creator) brought Mazi Nnamdi Kanu and IPOB to free His children from the shackles of backwardness that Britain put us into for many decades.

“IPOB does not engage in any shambolic  selection process they call “Nigeria’s election” and we are not interested in their fraudulent ways of selecting the  President of Nigeria because we do not recognise Nigeria as a sovereign state deserving our allegiance and loyalty. Has any President of Nigeria emerged from the votes of the electorate?

“We have said it before now that IPOB does not know Peter Obi and Peter Obi  does not know IPOB. If Peter Obi knows IPOB and its aims and objectives, he wouldn’t have come out in the first place to contest to waste his wealth and vast knowledge which God Almighty  (Chukwu Okike Abiama) gave and blessed Biafrans with in the zoological republic.

“Therefore, for Peter Obi to have come out to contest for Nigeria’s president is an indication that he is not on the same page with IPOB. But people should not equate him with IPOB’s agenda. They can say any other thing about him  but not Biafran agitation. We can never slow down agitation until Biafra comes.

“Any Biafran who comes out and joins the election process under Nigeria has publicly proven that he or she does not share the same ideology with IPOB. Fulani people should stop dissipating their energies on what is not obtainable anywhere in the world.

“The most important political process that IPOB is interested in and would overwhelmingly participate in would be an International Community Supervised Referendum on Biafrans choice to stay or exit Nigeria.”