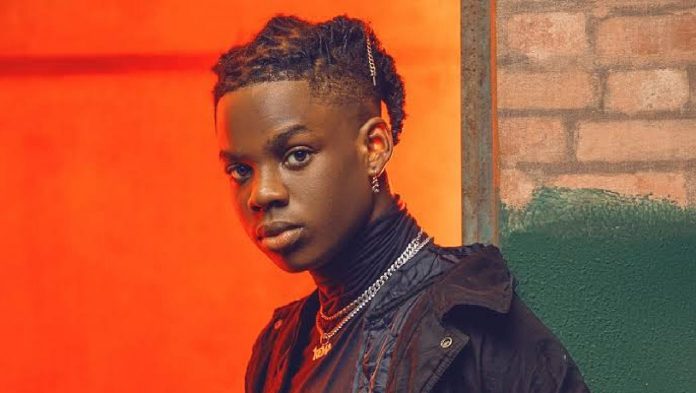 Nigeria’s music industry is a rapidly growing one, with artists putting out new songs virtually on a weekly basis, and new talents being discovered on a regular basis.

In recent times, Generation Z artists have been showing Nigerians their versatility and the speed at which they can deliver hit and chart-topping tunes.

Not to brush aside their achievements, old artists have barely been delivering hit tunes like these zoomers, perhaps due to a number of factors like age, health, family, and personal issues. Some of them still, however, dish out nice tunes occasionally.

This year has so far been amazing for the Gen Z artists, with some of them having songs that have generated tens or hundreds of thousands of views on streaming platforms like Spotify and Apple Music.

From the songs Nigerians use on TikTok to the songs danced to at parties, here is a list of 10 artists under the age of 25 killing it in Nigeria’s music industry. 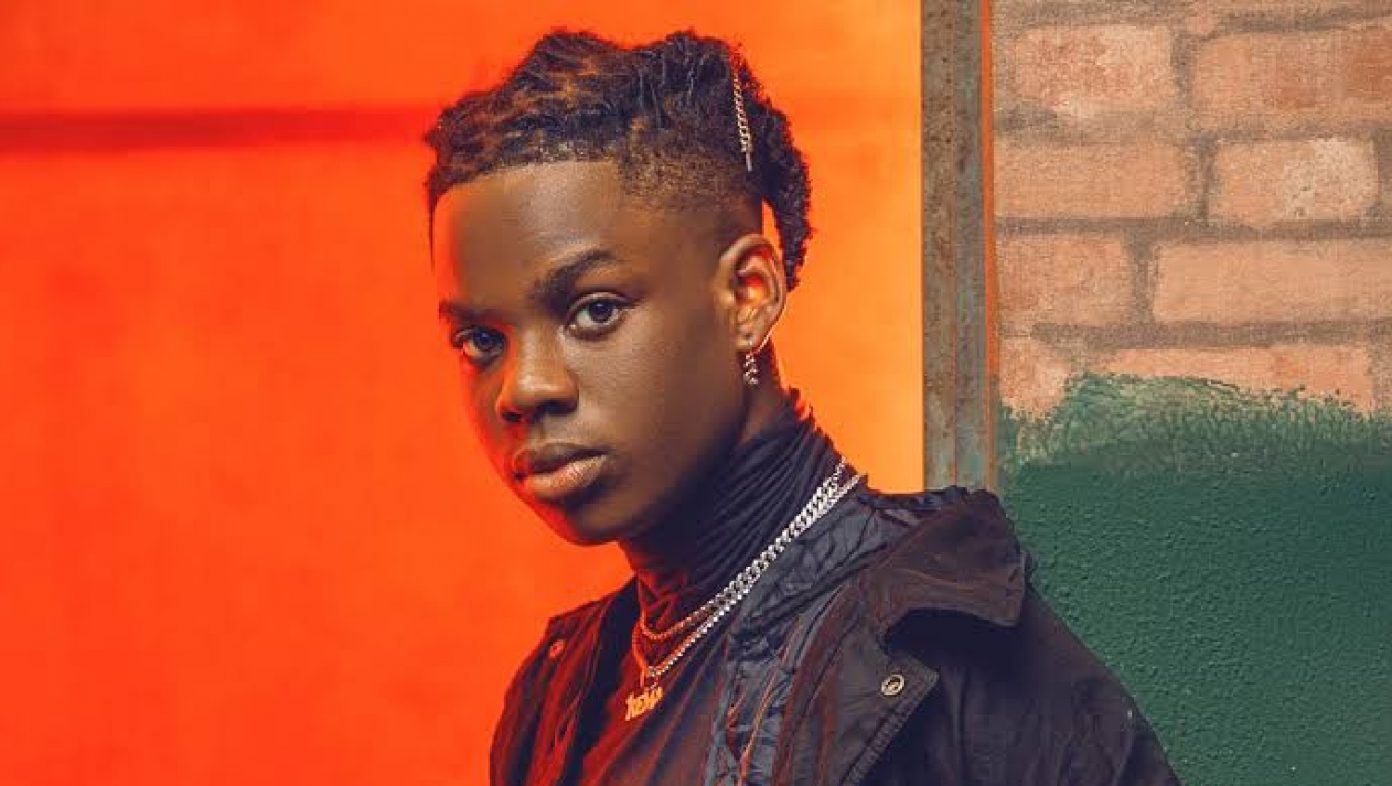 Rema, 21, is the stage name of Divine Ikubor, a singer-songwriter, and rapper. He signed to Mavin Records in 2019. His song, ‘Iron Man,’ was featured on Barack Obama’s 2019 summer playlist, further catapulting the artist into global fame.
He reportedly spent his high school years singing and rapping in Edo State, where he received his primary and secondary school education.
Rema won the award for the Next Rated category and was nominated for the Viewers’ Choice award at the 13th edition of The Headies on October 19, 2019. He won the SoundCity MVP Award for Best New Artist in 2020. In the same year, he was also nominated for Best Viewers’ Choice: International Act at the BET Awards.
Rema’s songs were featured on the FIFA 21 soundtracks in 2020. He has described his genre as Afrorave, a type of Afrobeats with Arabian and Indian influences. 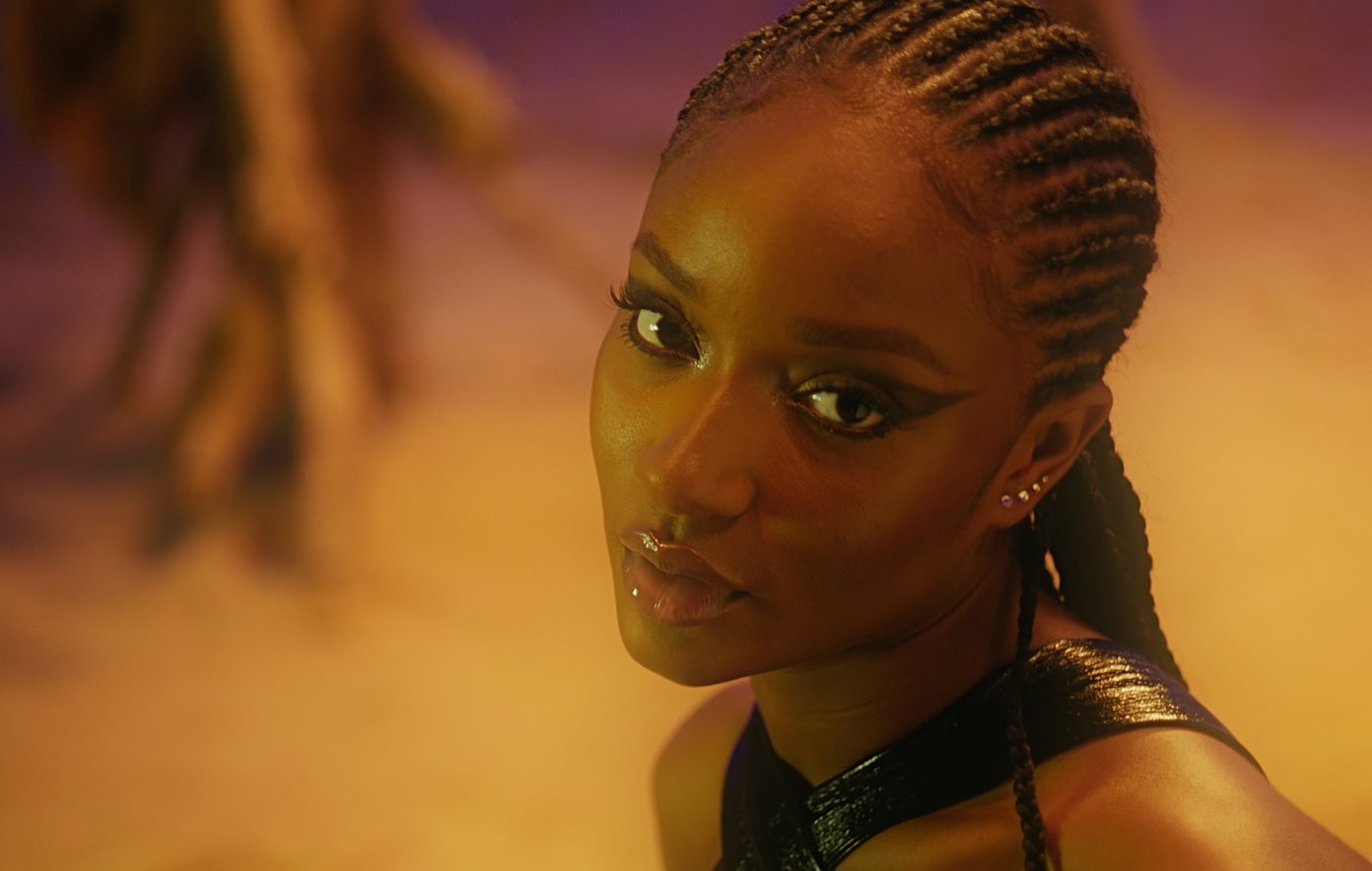 Ayra Starr is only 19 years old but she has been killing it in the music industry. Born as Oyinkansola Aderibigbe to Nigerian parents in Cotonou, Benin Republic, the vocalist and lyricist reportedly started her career by singing different melodies by conspicuous artists on Instagram.
In December 2019, she shared her first unique melody on her profile. This drew the attention of music producer, Don Jazzy, who promptly signed her to Mavin Records.
Ayra Starr acquired worldwide popularity in mid-2021 with her self-named first expanded play and its crush single, ‘Away,’ which hit number four on Nigeria’s TurnTable Top 50 and number 17 on the United States Billboard Top Thriller Global, clearing the entryway for her first full-length studio collection, ’19 and Dangerous’ in August 2021.
The album, which was accompanied by the single, ‘Bloody Samaritan,’ has generally received positive reviews. Thereafter, Ayra Starr debuted on the Pandora Predictions Chart and reached number three on the Billboard Next Big Sound Chart on August 21, 2021. 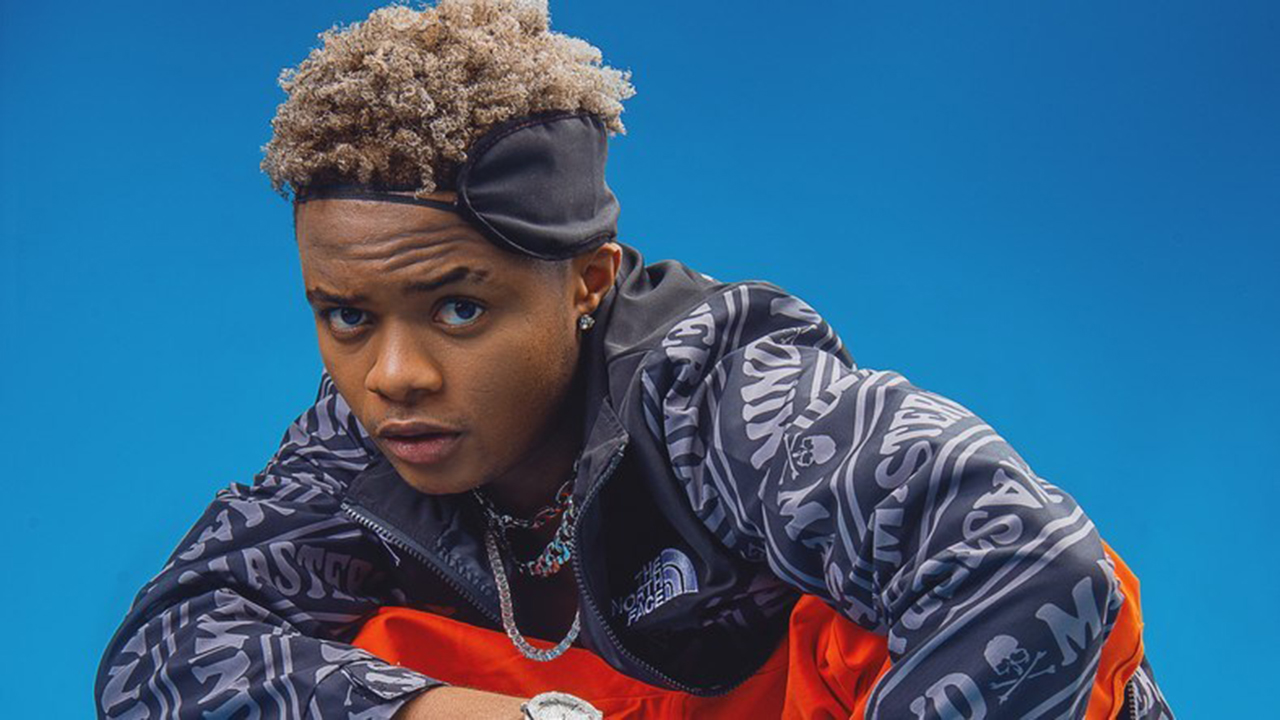 He is Charles Chukwu but known by the stage name, Crayon. A singer and songwriter, the Ebonyi State artiste was born on July 8, 2000, in the Orile area of Lagos State.
Crayon started singing when he was young, a hobby that seems to have paid off as he is now signed to Blowtime Entertainment, a Mavin Records subsidiary.
Crayon had produced several tunes with his producer, Ozedikus, one of which gained the attention of a representative of Mavin Records. He made his debut with the song, ‘All is in order,’ which featured Don Jazzy, Korede Bello, Rema, and DNA.
Crayon said he was inspired by Fela, Drake, Justin Bieber, Bryson Tiller, Wizkid, and Davido. 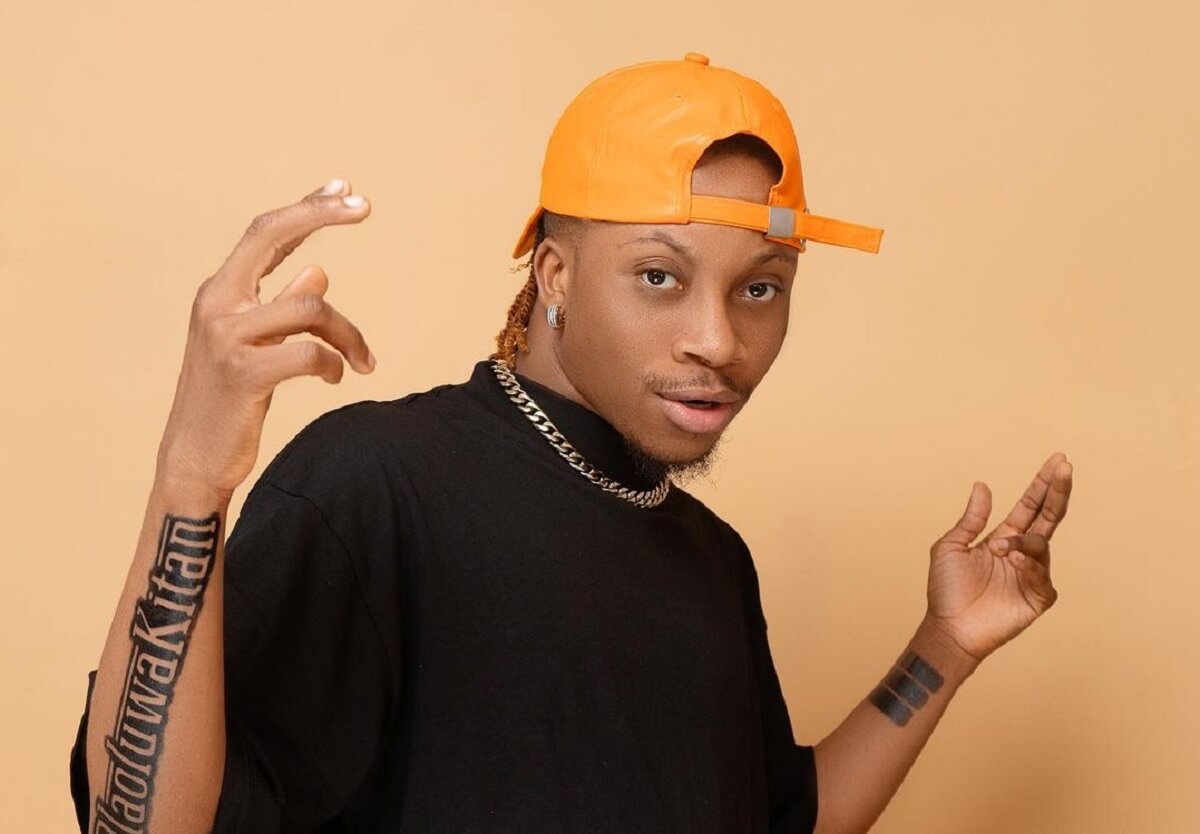 Oxlade, whose real name is Ikuforiji Abdulrahman, is a singer and songwriter born on April 22, 1997, in Epe, Lagos State.
He performed for the first time at a concert organised by Davido at the O2 Arena in 2018 in London. He also played at Wizkid’s concert at the O2 Arena in October 2019.
Perhaps the 24-year-old knows a thing about the power of partnership as he had collaborated with famous artists including Simi, Davido, and DJ Spinall. 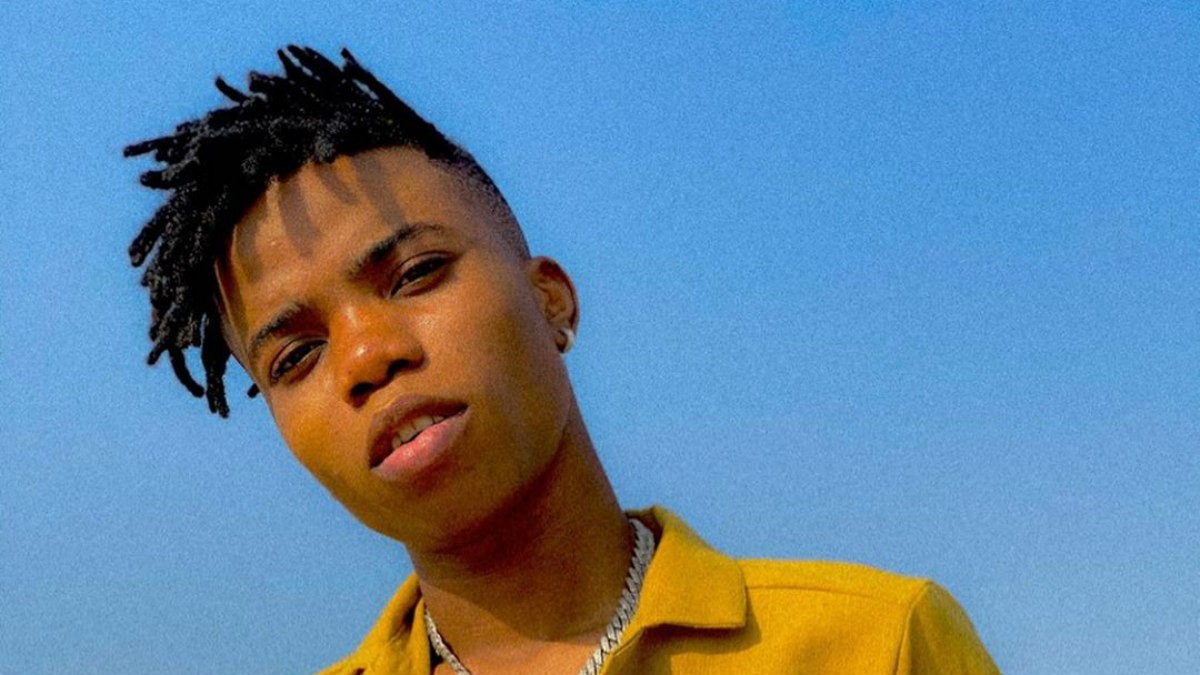 Lyta is the stage name of Opeyemi Rahim, a 23-year-old singer, and songwriter who grew up in Kwara State. He was part of a music ensemble at his local mosque.
On February 3, 2018, he signed to YBNL Nation and made his first single, ‘Time,’ which contained Olamide’s vocals.
Due to contractual and personal difficulties, Lyta quit YBNL Nation in 2019 and signed with Doro Musik Gang, and released ‘Monalisa,’ which gained hundreds of thousands of views on YouTube within the first month of release.
In August 2019, Davido’s remix of ‘Monalisa’ was released, further shooting Lyta into prominence.
Lyta later signed to Marlian Records in 2019 and released ‘Id,’ his debut five-track Extended Play (EP) with the label. 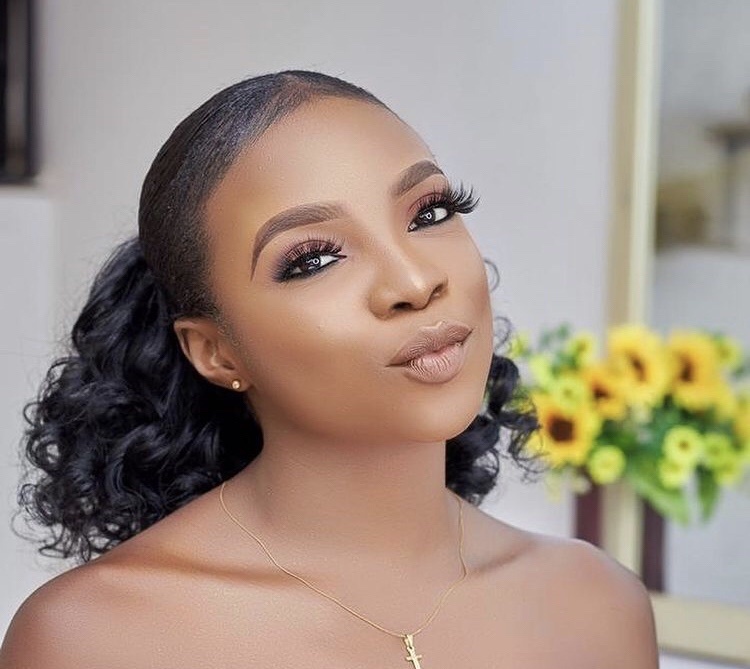 Ugoccie is the stage name of Ugochi Anosike, a 23-year-old whose music career literally started by her posting videos of herself performing her songs to Instagram and TikTok.
Fortunately for her, she got the attention of celebrities like Toke Makinwa, Yemi Alade, and Janemena, who promoted her song, ‘Do you really like me?’
Expectedly, the song trended on TikTok, and today, the young artist, with her distinct tone fused with Igbo accent, is a star to watch out for. 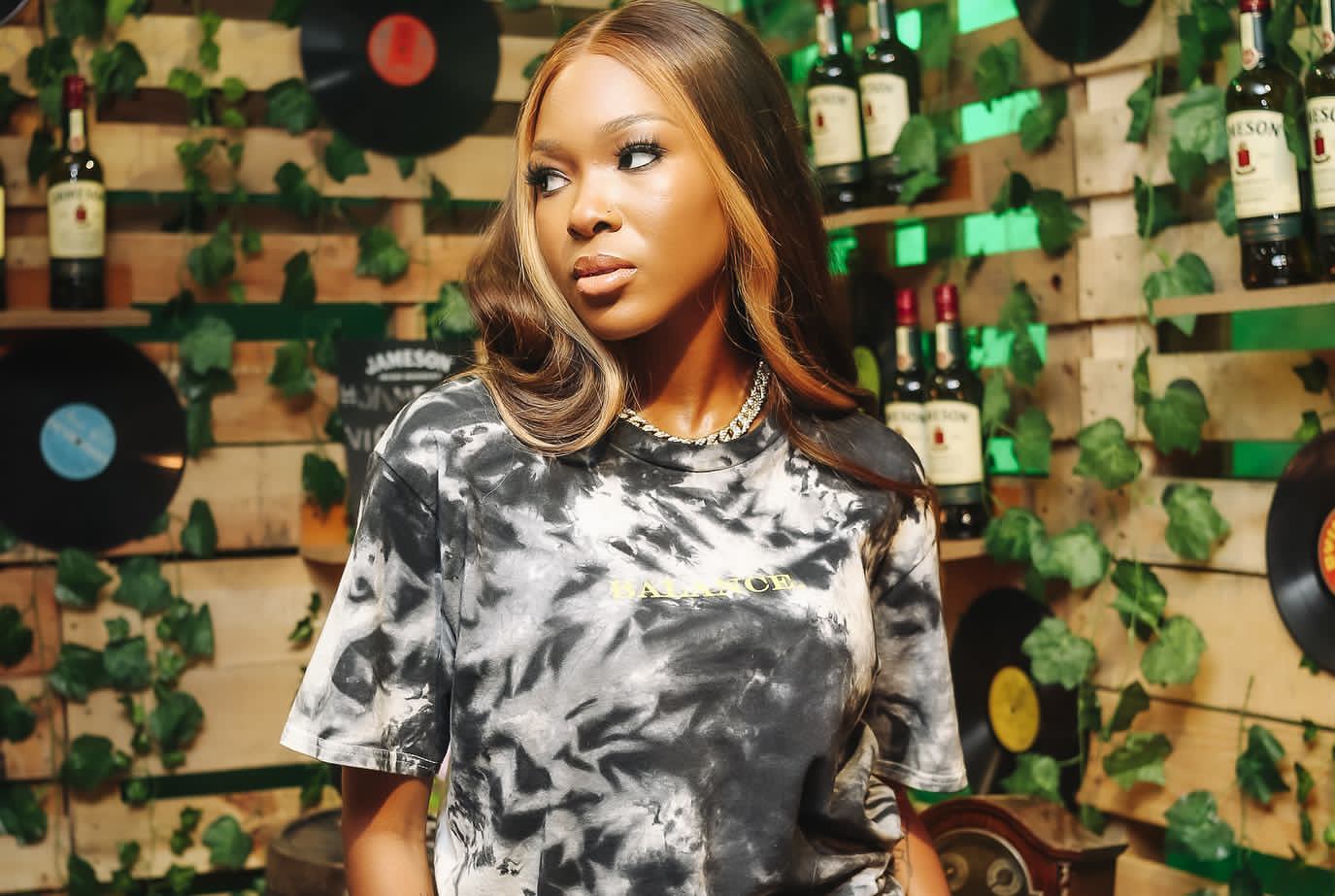 Victoria Adeyele, known as Veeiye, is a 24-year-old British-Nigerian singer and songwriter. Born and raised in London to Nigerian parents, she majored in Health and Social Care in college before deciding to pursue music for an extra year.
Her first track, ‘Ecstasy,’ featuring Afro B, was released in 2017 and was featured on the Spotify Afro-Bashment playlist.
Veeiye decided to return to Nigeria in 2019 to further pursue her music career full-time.
In 2020, she released her first official single, ‘Show,’ after her participation in the reality TV show, Big Brother Naija 2020, finishing as the fourth runner-up. She has since collaborated with artists like Falz and Not3. 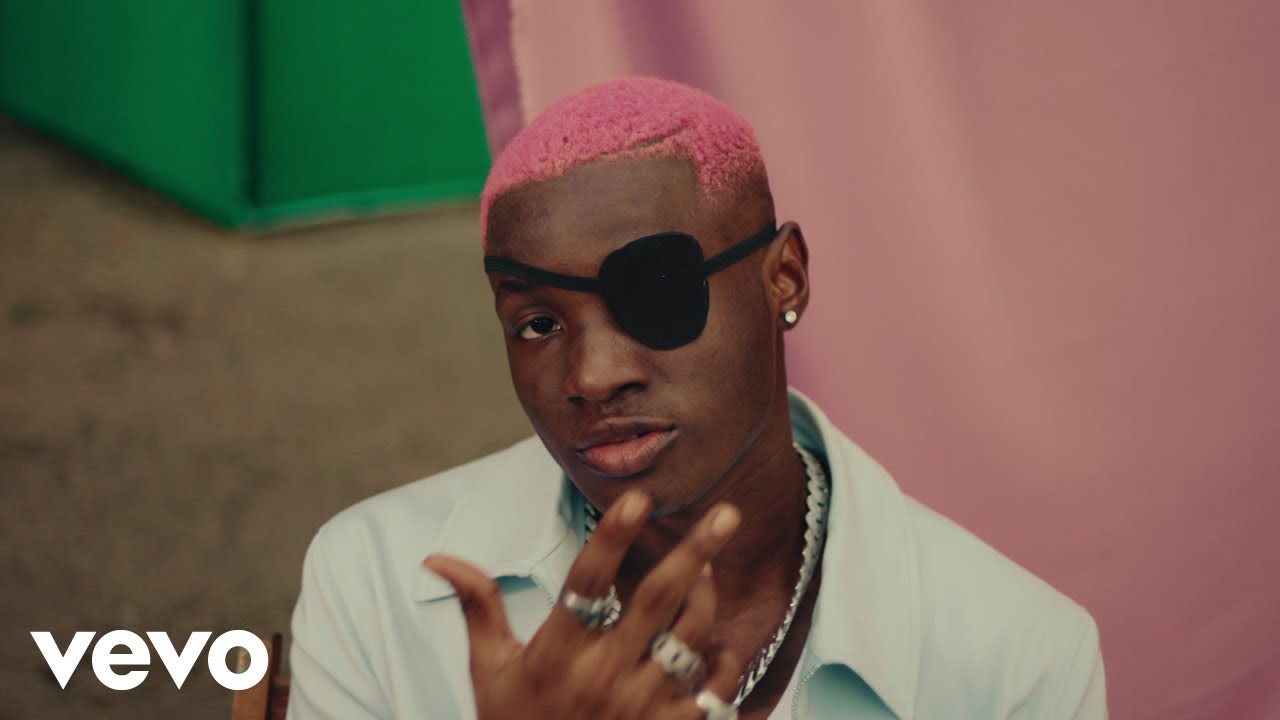 Ruger, with the real name Michael Olayinka, is a 21-year-old rapper and songwriter. Though he had produced some tracks, he had his breakthrough in 2021 with ‘Bounce,’ which reached number one on the Apple Music chart.
With his pink hair, left eye patch, enticing confidence, and fantastic lyrics, Ruger has established himself as a new generation Afrobeat artist.
Ruger said he grew up listening to Bob Marley, Rihanna, Boyz II Men, Beyonce, R Kelly, and Tuface – who all influenced him to be an artist. 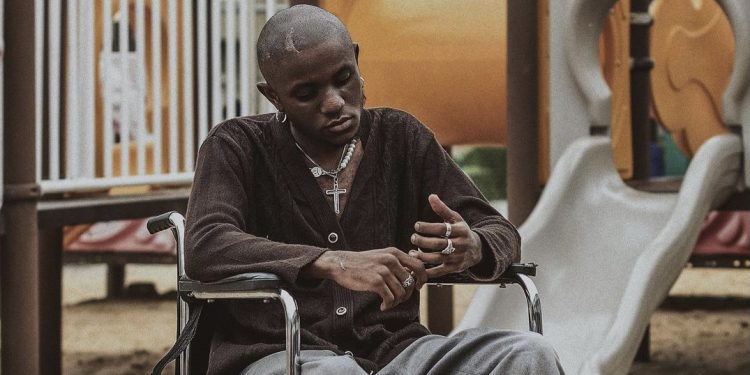 Twenty-year-old Anthony Victor, with the stage name Victony, is a recent addition to the Nigerian music scene and is the singer behind the smash tracks, ‘Broken’ and ‘Sing My Song.’
On August 28, 2020, he released ‘Saturn,’ his Extended Play (EP), which has seen a large number of streams and downloads.
Victony said he was exposed to a diverse range of musical cultures, which had a significant impact on his music style.

Daniel Benson, known as Buju, was in Junior Secondary School when he began writing music and rapping. He started with a church choir before eventually performing alone at social events.
Buju, 23, worked with Burna Boy on the remix of his song, ‘L’Enu.’ He also collaborated with Zlatan on ‘Spiritual,’ which became a hit and went viral across many streaming platforms.
Burna Boy’s label, Spaceship Records, announced Buju’s signing in April 2020.

#BBNaija: I wish trolls can leave Tega, face me – Boma