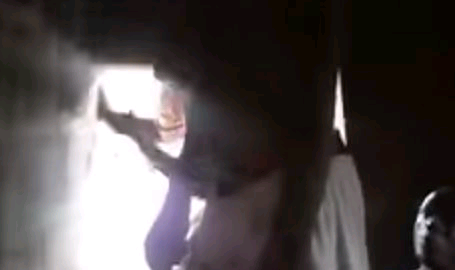 A man identified as Alao has committed suicide by hanging in Ogidi, Ilorin West Local Government Area of Kwara State.

His lifeless body was found dangling from the roof of an uncompleted building on Wednesday, October 13.

A video posted online shows residents cutting the rope tied on his neck to bring down the lifeless body.

Although the motive for his actions was not clear, sources said he had complained of going through tough times before he committed the act.

Many residents of the Ogidi community, who spoke to Daily Trust, expressed shock over the incident.

According to a resident, who simply gave his name as Taiye, said, “Alao had complained of going through tough times for some time now. But we never knew it will get to this length.”

“It was shocking for us when we saw his dangling body after somebody from the community drew our attention to it.” he said.

He added that late Alao was not yet married and had no children.