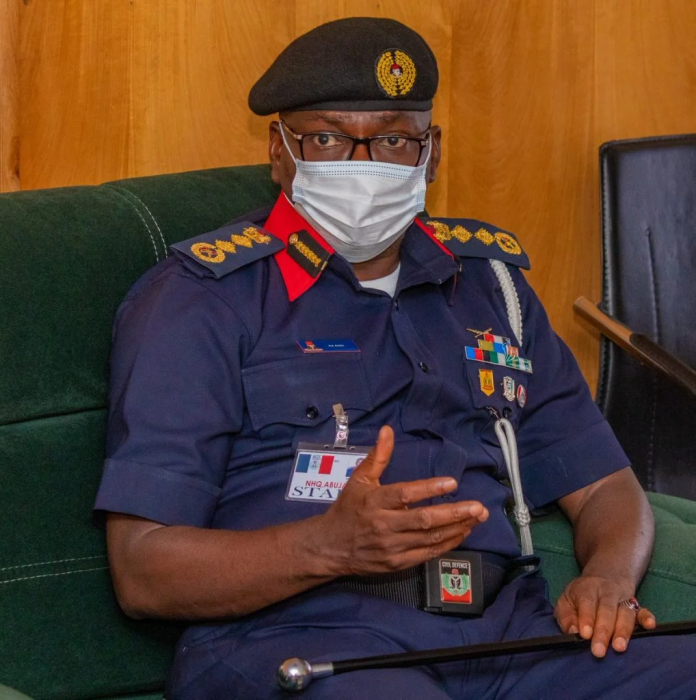 The Commandant General of the Nigeria Security and Civil Defence Corps, NSCDC, Dr Ahmed Abubakar Audi has tasked officers of the corps to remain committed just as he assured Nigerians of the security of lives and properties before, during, and after the 2023 general elections.

This was contained in a statement by DCC Olusola Odumusu, Director, Public Relations, as part of his new year message.

The statement while congratulating Nigerians and President Muhammadu Buhari for a successful crossover to 2023, admonished the citizenry to step into the New Year with renewed hope for a greater, more prosperous and peaceful society devoid of bloodshed or any form of civil unrest and disturbances.

According to him, the federal government’s efforts in stemming the tide of insecurity is yielding positive response.

Security of lives and properties of citizens, he assured, would be reinforced in the new year.

Audi, while commending the officers and men of the corps for their loyalty and dedication to service said, “I am very happy with them all because the milestones we have achieved in the last 21 months could not have been possible without them.”

READ ALSO: Nigerians will choose between recovery, decline in 2023 – Atiku

He tasked them to remain committed, shun all negative vices and re-dedicate their loyalty “to the service of our fatherland.”

He also warned those nursing mischievous ideas to find their way out of the system because the corps will not condone any form of indiscipline, criminalities or activities against public interest and the image of the organisation.

He further charged NSCDC personnel to sustain the tempo of professionalism as the nation enters an election year, reminding them of the need to remain acquainted with the new electoral laws and guidelines, the Standard Operating Procedure, SOP, and the code of ethics of the corps.