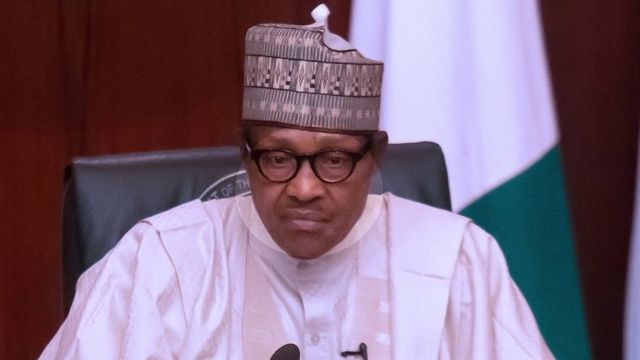 Afenifere noted that Buhari’s interview on Arise Television on Thursday was full of lies, inconsistencies, contradictions and utter disrespect for other ethnic nationalities.

The group’s Secretary General, Chief Sola Ebiseni said this in a statement in Akure, the Ondo State capital on Thursday, in reaction to the President’s interview on Arise.

The statement entitled “Our irredeemable President” heavily criticised Buhari, saying that the President “has sheer contempt for Nigerians as an unrepentant tribalist.”

According to the pan-Yoruba socio-cultural organisation, Buhari came on a national television to tell lies to the world and disrespect Nigerians.

”He is pathetically unschooled in the constitution which he often claims to guide him in spite of its manifest flaws,” Afenifere noted.

Speaking further, on the lopsided appointment in the Nigeria Armed forces, Afenifere said that Buhari’s claim of making appointments in the armed forces based on merit and seniority and not to satisfy geopolitical zones was a violation of the provisions of the Nigerian Constitution.

”Even his latest appointment of the Chief of Army Staff, is flawed particularly on seniority,” Afenifere said.

“The constitution never contemplates nor approves of the situation under Buhari where 90% of the commanding heights of the armed forces and security architecture will be from only northern Nigeria and only the two zones of North East and North West.

“In any case, anyone familiar with the history of Buhari leadership will appreciate that he is the only Nigerian leader, even among military Heads of state, whose government, himself, second in command as Chief of staff Supreme headquarters (Idiagbon) and top echelon were all northerners. It was after his death that many Nigerians knew Idiagbon was Fulani of Ilorin,” it further stated.