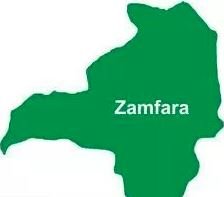 Tongues have started wagging over the continued closure of 75 secondary schools in Zamfara State.

This is more worrisome, especially with the UNICEF raising an alarm over the number of out of school children, especially girls, in the State.

Speaking with newmen in Gusau, the State capital, an academic, Alhaji Mansur Jibo said that the continued closure of the schools was a bad development.

Jibo maintained that the main reason of the State government for closing the schools had been defeated as terror attacks continued in the State unabated, saying that policy makers would not have allowed the schools to remain closed if their children were involved.

According to him, the closure of the schools cannot produce any beneficial result in the education sector, stressing that the action had seen many young people roaming the streets, with many of them exposed to rape.

“The government is not bothered about reopening the schools because most of the highly placed individuals have their children schooling overseas. So, they are less concerned about what happens to the common masses.

“All the politicians are now after is how to retain their political positions in 2023, forgetting that the same common masses they are oppressing constitute the voting powers,” he said.

Jibo called on the Federal and the State government, to as a matter of urgency, design formidable strategies towards ending the problem.

He said that some of the girls, whose parents could not afford their education in other States, have already given them out for premature marriages contrary to their desire.

Also reacting was Alhaji Usman Husseini who lamented that the girls are being exposed to many dangers, thereby forcing them to join evil gangs.

“The government should be mindful of the fact that there are also female bandits, female bandits’ informants and armed robbers. The bandits we are all afraid of have women who know how to operate guns among them,” he cautioned.

Husseini wondered how the State government would convince the Indian government to come into the State and invest.

“The State’s deputy Governor, Senator Hassan Mohammed Gusau who represented the Governor at the stakeholders’ meeting in Abuja was there presenting to the Indian community the vast potential deposits available in the State without addressing the security challenges in his State,” he noted.

Husseini berated the government for not securing the environment before looking for foreign investors, saying that no reasonable investor will risk his hard-earned money to invest in an unsecured environment.