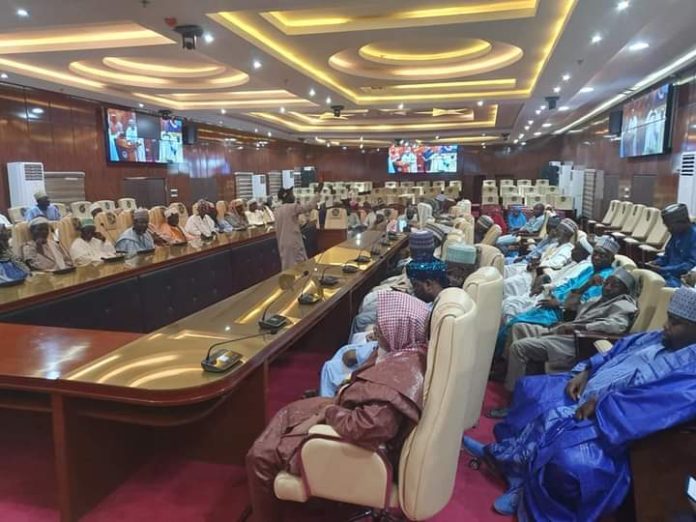 Zamfara State government on Wednesday sent 97 clerics to Saudi Arabia on Lesser Hajj to go and pray for a stoppage of banditry.

It is part of its decision to diversify strategies to restore peace and security in the state.

The clerics are to engage in prayer sessions in almost all strategic holy places of worship in the cities of Makkah and Madina with a view to also restoring peace in Nigeria in general.

Addressing the clerics before their departure, the state’s deputy governor, Sen. Hassan Nasiha, admonished them to consider the state and its people in their prayers.

This, he said, they should do with the hope that God would cause an end to multiple problems of the nation.

Delivering a sermon at the departure, a cleric, Dr Atiku Balarabe, briefed the pilgrims on how best to concentrate on their worship and prayers in Saudi Arabia.

He said they should constantly remember that they are representative of all citizens of the state and seek God’s intervention to bring an end to banditry and other crimes in the state.

Balarabe said they must concentrate on the prayers to meet the state’s expectations considering the trust reposed in them by millions of people of the state.

Earlier in the month, Zamfara distributed more than 200 Cadillac 2019 models to traditional rulers in the state. (NAN)