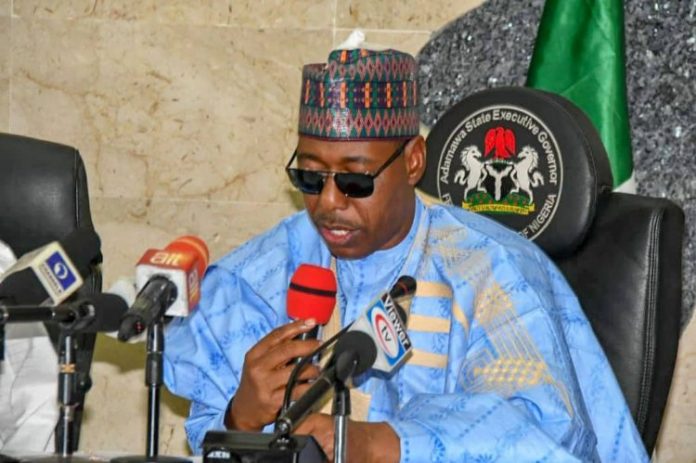 Gov. Babagana Zulum of Borno has approved the release of N100 million as a take-off grant for Federal Polytechnic, Monguno.

The information is contained in a statement issued on Friday in Maiduguri by Malam Isa Gusau, the Special Adviser on Communication
and Strategy to the governor.

Gusau stated that the governor announced the approval when he received the Rector of the polytechnic, Prof. Garba Mohammed,
who paid him a courtesy visit.

The special adviser said “Zulum explained that out of the N100m, he had already released N50 million to the Borno Ministry of Higher Education for rehabilitation works at the proposed temporary site of the polytechnic.

“The governor said he is releasing additional N50 million to the polytechnic management to supplement what the school has for commencement of operations.

“The governor also added that his administration was committed to complementing the efforts of the Federal Government in ensuring that necessary requirements were met for the polytechnic to function.”

The rector Garba was accompanied on the courtesy visit by the Register of the polytechnic, Adamu Usman, the Bursar, Mohammed Ali, and the Liberian, Bukar Wasaram.