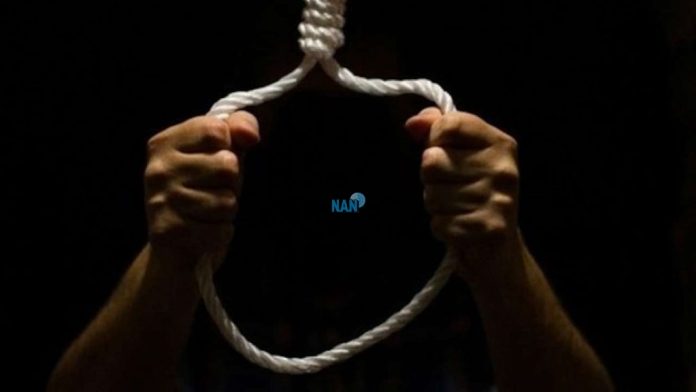 A 17-year-old student of Offa Grammar School, Offa Local Government Area of Kwara State, Adegoke Adeyemi, has reportedly committed suicide as a result of his failure to pass his promotion examination from SS1 to SS2.
Adegoke, who was found hanging on a tree, was asked to repeat the class, according to the state Police Command’s Public Relations Officer, Okasanmi Ajayi, who confirmed the development in a statement in Ilorin on Wednesday night.
He said the corpse of the deceased student was removed from a tree behind Ariya Garden Hotel, Offa, by a team of policemen from the Divisional Police Headquarters, Offa, at about 15.34hours on Tuesday.
The corpse was taken to the Offa General Hospital for autopsy, while an investigation has been launched into the matter.

In another development, the spokesman of the state police command said one notorious cultist on the wanted list of the anti-cultism team named Monday Ojoagbu ‘M’ and other members of his gang, on a mission to carry out another gruesome attack on a target yet to be identified, were traced and arrested at Ace Supermarket located at Unity area of Ilorin on Tuesday at about 1800hours.
Recall that Ilorin, the Kwara State capital had witnessed some cult killings and counter killings by rival cult confraternities in recent times which unnecessarily heightened tension amongst residents of the state capital.
Okasanmi disclosed that “in an attempt to arrest the suspect, while also avoiding likely collateral damage in the process of the arrest, it was difficult to simultaneously arrest the other members of his gang who escaped using customers of the supermarket as shields.
“Investigation of the matter is presently ongoing. One locally-made pistol and two live cartridges were recovered from the suspect,” he added.
Meanwhile, efforts are in progress to arrest his fleeing accomplices.
The Commissioner of Police, Kwara State, CP Tuesday Assayomo, has restated his earlier assertion that Kwara State can never play host to criminals.
He warned cultists and other lawbreakers to borrow a new leaf or relo