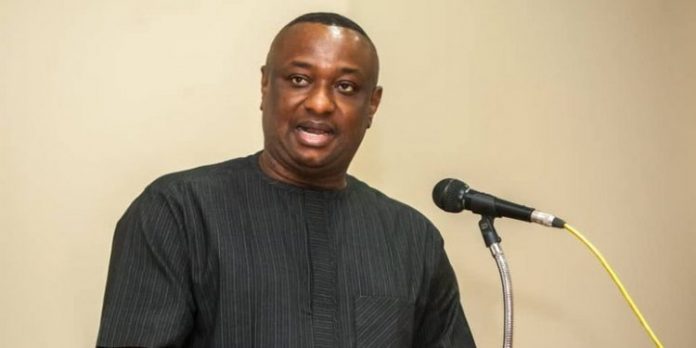 Senator Dino Melaye, a PDP presidential spokesperson, was reported to have, at a campaign rally in Delta State, on Tuesday, made jokes about the health condition of Tinubu in the form of a mock dance.

Keyamo, currently the Minister of Labour and Employment, expressed his feelings in a post via his verified Twitter handle on Wednesday.

He said Okowa owed Nigerians an apology for laughing away while Melaye performed the act, describing it as a display of imbecility.

He wrote, “‘Obama’s rival in 2008 US election, Sen. McCain had a deformity in one hand. Obama’s team showed him respect & NEVER mocked him for it. But here, a VP candidate laughs as a clown falls on stage to mock another candidate. It’s the height of imbecility. They owe Nigerians an apology.”