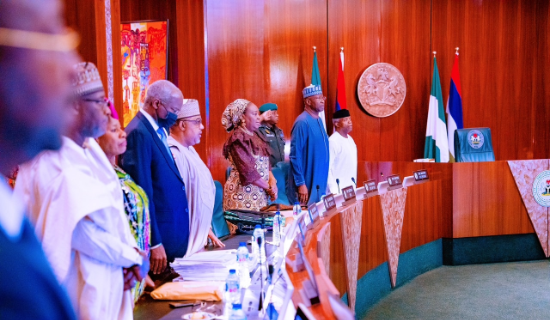 The meeting which began at 10:00am is held at the Council Chambers of the Presidential Villa, Abuja.

Meanwhile, President Muhammadu Buhari is not attending today’s meeting as he is away in Dakar, Senegal, to attend the high-level Dakar 2 Summit hosted by President Macky Sall of Senegal and who is also the chairperson of the African Union.

It is the second FEC meeting in a row that the President is absent from.

Likewise, the Ministers of Foreign Affairs, Geoffrey Onyeama; Minister of Agriculture and Rural Development, Dr. Mohammad Abubakar, and the National Security Adviser, Mohammed Babagana Monguno are not present as they are on the President’s entourage in Dakar.