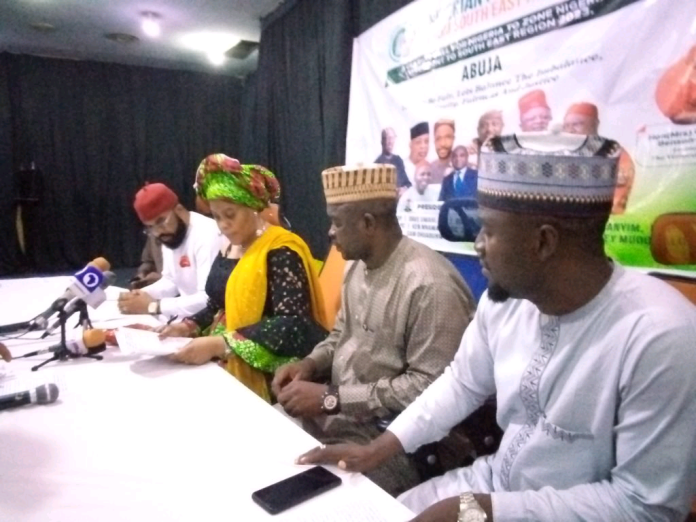 As the ruling All Progressives Congress (APC) and the Peoples Democratic Party (PDP) conduct their presidential primaries this weekend, Stakeholders have again pleaded for a president of the Southeast extraction.

Representatives of stakeholders from the six geopolitical zones at a press conference on Friday in Abuja urged the political parties to see the presidency of the Southeast region as a national priority which would further unite the nation.

Addressing journalists, the convener, Chibuogwu Benson-Oraelosi went down memory lane from the 60s till date and said the Northwest produced Nigeria’s presidents for 43 years, Southwest 12 years and South 6 years, adding that Northeast and Southeast were yet to.

She described as unfortunate those arguing against zoning which has resurfaced as political parties are set to slug it out at presidential primaries, noting that the political class should not allow selfishness override national interest.

She said: “When one takes a look at a Nigerian presidency since 1960, one would notice that the Northwest has produced presidents for Nigeria for 43 years.

“The Southwest has produced for 12.5 years and the South-south for almost 6 years, while the Northeast and Southeast are each yet to produce a Nigerian president.

“Also, since the present Nigerian President is from the North, it is only logical and equitably fair to have the South and by extension, the Southeastern region produce the next Nigerian president.

They noted that the unity of the nation can only be guaranteed on the basis of justice, fairness and equity, saying that the clarion call became necessary on persuasive grounds.

The stakeholders called on President Muhammadu Buhari to get involved in ensuring that his successor comes from the Southeast, which they insisted, was a way of healing and national reconciliation.

Meanwhile, the opposition Peoples Democratic Party will today commence the process of electing the presidential candidate for the 2023 general election, while the ruling All Progressives Congress starts their primaries on Sunday.