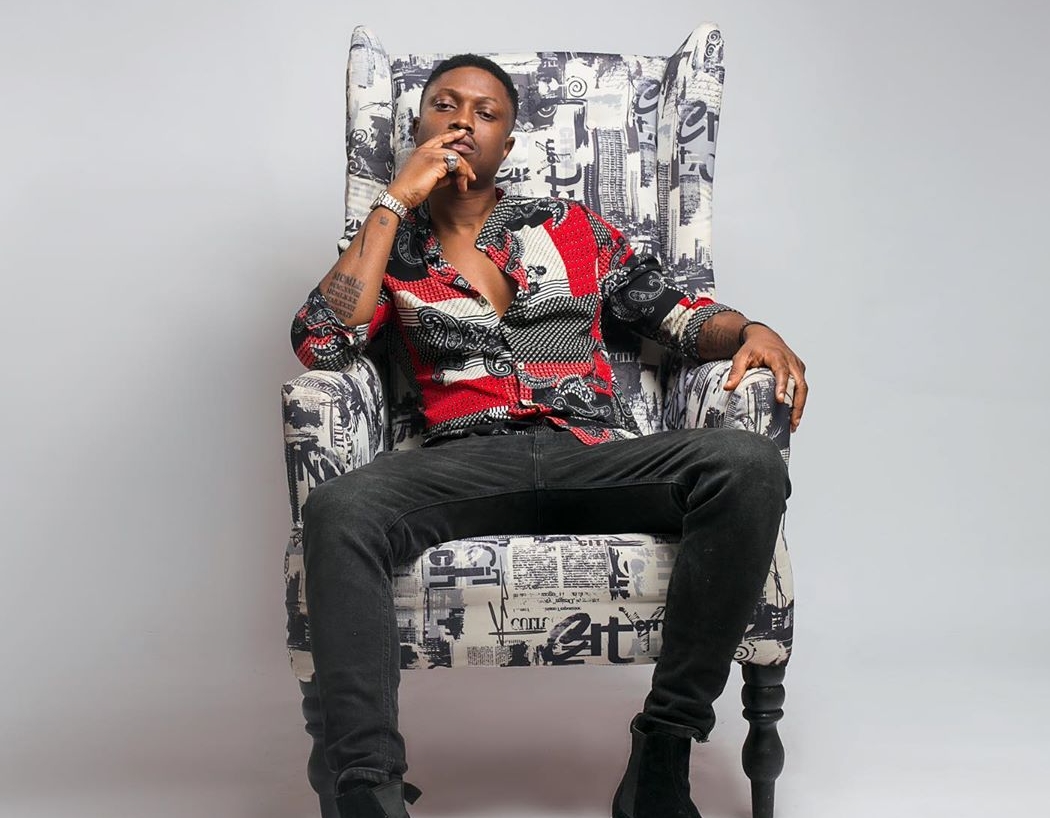 Nigerian rapper, Olanrewaju Ogunmefun, popularly known as Vector has revealed why he stopped entering for the Headies and other awards.

The rapper in a post via his Twitter account on Saturday said he intentionally removed himself from getting involved in such competitions because he scrapped the idea of having to outdo other artists.

He also stated that he stopped competing with other rappers because he knows he can “easily beat them one on one.”

The rapper further revealed that he’s grown now and awards don’t mean anything to him anymore, adding that he doesn’t also care about money or clout and only wants to make music.

“Intentionally removed myself from the idea that I have to outdo mode9. It’s not necessary.

“Ask him about me in the studio and he will tell you. I don’t care about clout. I just want to make music. F*ck money too. That sh*t comes and goes anyway.

“I known how much my deal is worth as a rapper. But that’s not me because bragging only brings fake people around you anyways.

“Peace to everybody who deserves peace. As for the Headies, I stopped entering for it because I don’t want to compete with rappers (I can easily beat them on a one on one but that was Unilag). 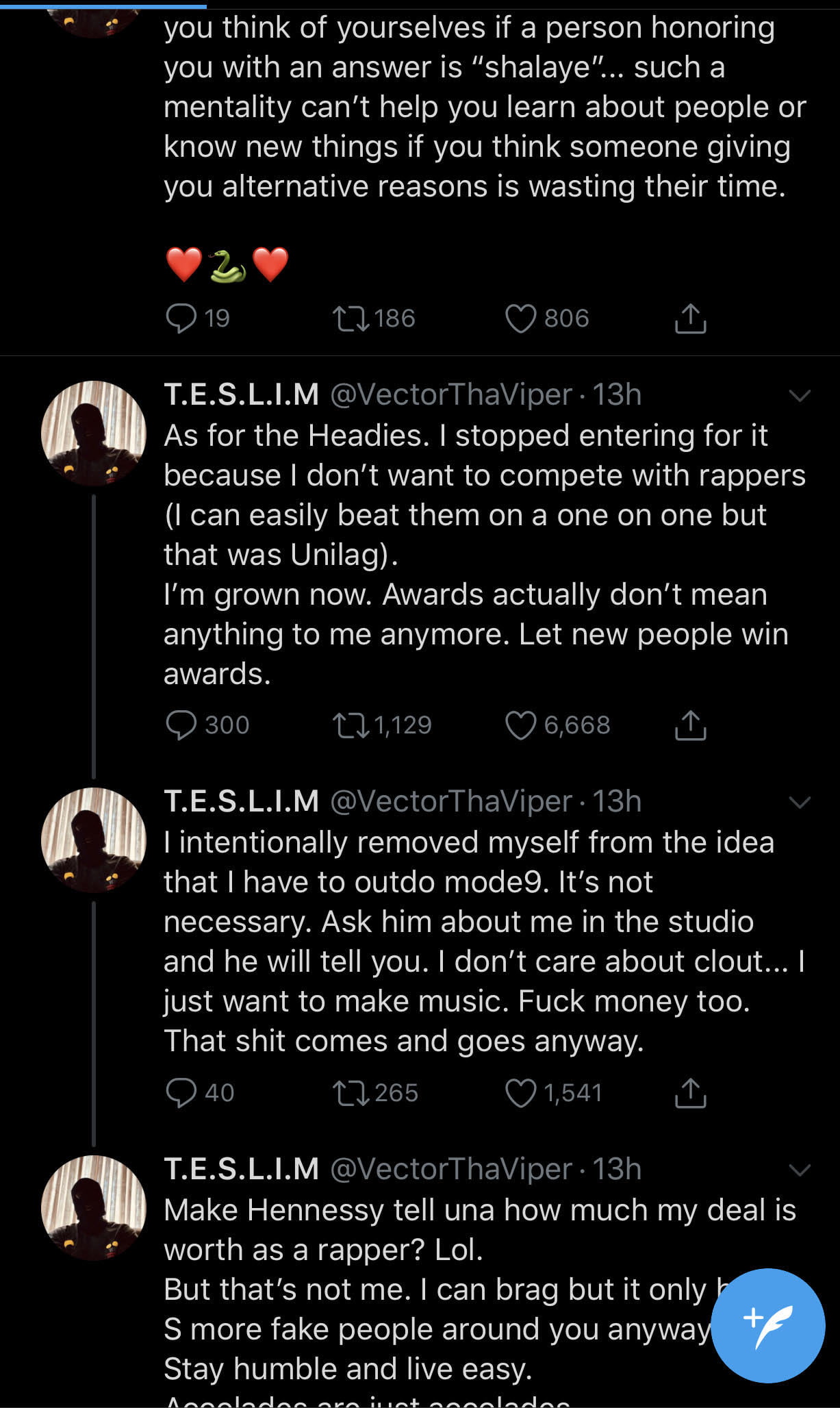