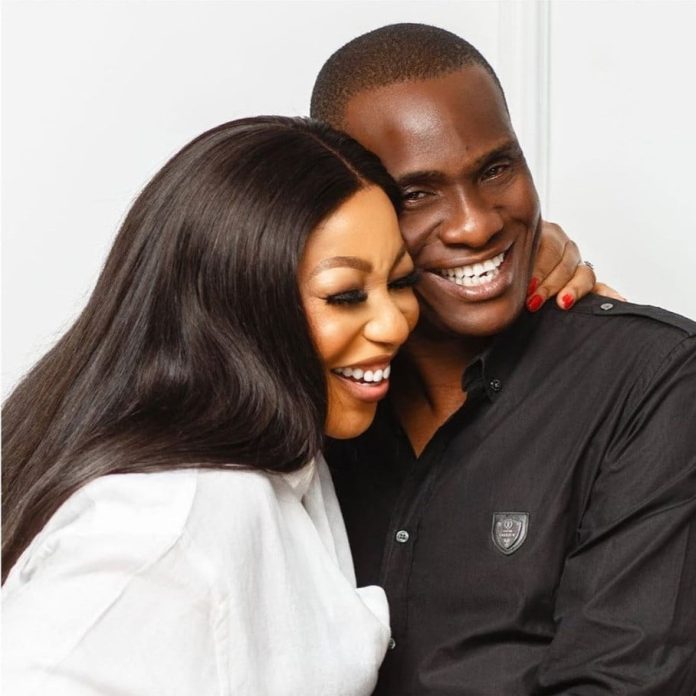 Multiple award-winning actress and influencer, Rita Dominic and her husband, Dr Fidelis Anosike, are set to have their white wedding this Saturday, November 26, in England.

The couple, who, earlier in April, had their traditional wedding, will be joined by friends and family as they say their vows abroad.

The couple reportedly met at the 2017 Africa International Film Festival (AFRIFF) session on the film business and their relationship was a closely guarded secret.

Rita had recently, in a viral post on Instagram, revealed why she prefers to keep her relationship and marriage private.

The 47-year-old hinted that she prefers to keep her relationship private but not hidden.

“A relationship that’s private but not secret. People know we are together but don’t know anything about us. There’s a difference between privacy and secrecy. And to me, that’s perfect.”