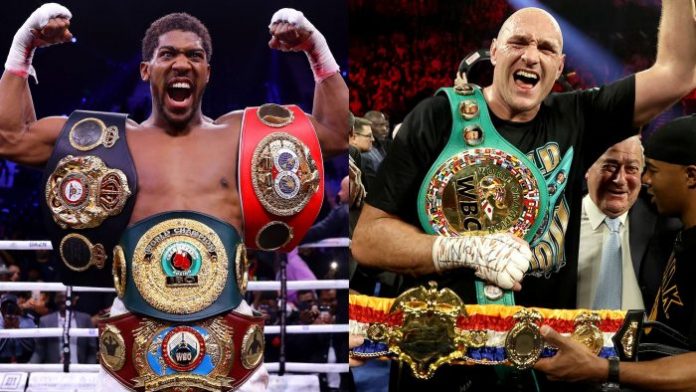 Boxing champions, Anthony Joshua and Tyson Fury have approved the location for their undisputed world heavyweight title fight this summer according to promoter, Eddie Hearn.

Although the match promoter did not reveal the venue agreed by both boxers, he confirmed that Joshua and Fury had reached an agreement over a location.

Hearn told Behind The Gloves: “Both sides have approved the site offer that they want to go with, and now we’re just finalising the site deal and we’re in a great place.

“I saw Tyson yesterday. I just messaged him and said, ‘I’m in Vegas, I’m in your hotel if you fancy a cuppa.

“We just had five or 10 minutes together and it was good, because I don’t represent Tyson Fury, so I don’t know what is in his mind.

“It just good to say, right we’ve got the offer, we all approve. We’re moving forward now. We’re good.

Several countries such as Saudi Arabia, United States, China, Qatar, Singapore, Dubai, and Britain have been mentioned to host the match between both boxing champions.

The boxing promoter also assured that the bout would definitely hold in the summer.

“One hundred percent,” he said. “That’s the thing. Everybody wants this fight as soon as possible”.