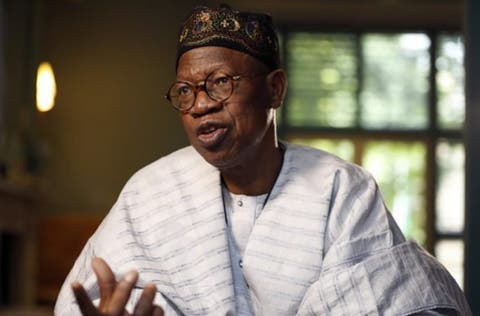 The federal government has said it will not hesitate to suspend any social media platform, which allows activities that have a negative impact on the country.

Lai Mohammed, minister of information and culture, disclosed this on Tuesday when he appeared before a house of representatives investigative panel.

He was summoned by the green chamber to explain the circumstances behind the decision of the government to suspend Twitter’s operations in the country.

Speaking before the House committees on communication, justice, information and culture, and national security and intelligence, Mohammed said Twitter became a platform for those who want to “bring down” the country.

He said the government would also suspend any platform that wants to toe the same path as the microblogging site.

“On Twitter not being the only social media in Nigeria but banning Twitter alone, honestly, we suspended Twitter because Twitter became a platform of choice for those that want to bring down this country,” he said.

“If any other platform does it, we will suspend their operations too. It is because there is a country called Nigeria that they have business here.

“Honestly, I think it is a good opportunity for our very resourceful Nigerians to also look at how they can have an app that can replace Twitter, and it would be patronised by all of us. We have received a few approaches and we want to encourage them.”

The minister said for those whose businesses are affected by the Twitter suspension, there are other social media platforms operating in the country.

He said the government is open to discussion with Twitter and its suspension may be reversed after meeting the conditions imposed by the government.

“Like I have said, we owe no responsibility to Twitter. It is not registered in Nigeria. It does not employ Nigerians. It does not pay taxes to Nigeria,” he said.

“If Nigerians do make money through Twitter, unfortunately, Nigeria has to be a country first before they can make that money. Like I said, there are other platforms available to them. Hopefully, if we are able to resolve this matter quickly, they will resume use of Twitter.

“The doors are not closed. We are willing to speak to Twitter. Twitter has written a letter seeking for government dialogue and just today, I did issue a statement which I announced the government’s team that is ready to meet Twitter,” he said.

“But like we said, there are two basic things that Twitter or any OTT or social media needs to do — they must first be registered as a Nigerian company after which they will apply for licence. Other conditions will come up as we go along.”