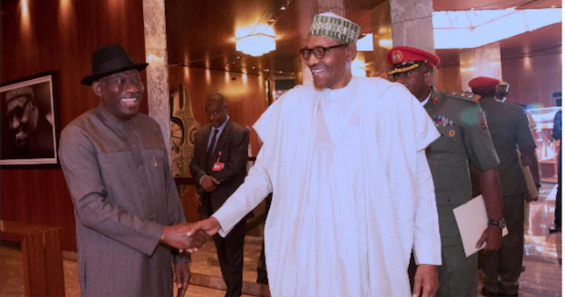 Timipre Sylva, the minister of state for petroleum resources, has admitted that Goodluck Ebele Jonathan contributed immensely to one of the most peaceful transitions in Nigeria after the 2015 general elections.

In fact, Sylvia, on Saturday, April 10, said President Muhammadu Buhari has a special love for the Ogbia people of Ijaw in Bayelsa because the former Nigerian leader is one of them, The Nation reports.

READ ALSO:  These Are What I DO To Make People Like Me – Naira Marley Opens Up

The minister made this revelation during his visit to Ogbia local government are to inspect the ongoing Nigerian Oil and Gas Park Scheme (NOGaPS) project.

“President Muhammadu Buhari specially loves Ogbia people and that I can tell you for free. Buhari loves the Ogbia people because Goodluck Jonathan, who was president of the Federal Republic of Nigeria, willingly allowed one of the most peaceful transitions in Nigeria.

“So, you can see that one of the roads the President is building in Nigeria, Sukuk Road, is in Ogbia territory, leading to the community of Goodluck Jonathan.”

Meanwhile, Jonathan had called for synergy among key stakeholders in the security sector of the country.

Specifically, he said President Buhari, the governors, security chiefs, and other stakeholders must all work together to tackle insecurity in the country.

“I believe that with the commitment of the governors and the Federal Government, we will be able to address the issue of security in the country.