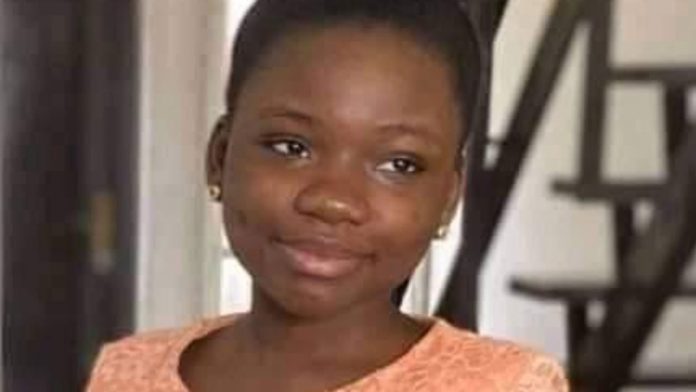 The Police  have released the interim autopsy report on  the death of Keren Akpagher, a student at Premiere Academy, Lugbe, Abuja.

The autopsy report,it was learnt, showed that the student died of complications related to high blood sugar.

The report was said to have been read to officials of Premiere Academy, Akpagher’s family as well as the medical team of the Queens Hospital, Wuse, Abuja, where she was admitted before her death by the Federal Capital Territory Police Command  at a meeting held  on September 8.

According to persons privy to the meeting, the autopsy report contradicted the claim that she died of sepsis as a result of “decayed condom” found in her, which had raised concerns that she might have been a victim of sexual assault.

A medical report from Queens Hospital, Wuse, Abuja, where she died, had claimed that there was “copious thick milky discharge and expression of rubbery material (condom) from the vagina when (the doctor) attempted to pass a urethral catheter.”

However, the autopsy report, as released by the police and backed by two private consultant pathologists, found that the deceased’s vagina “was empty and contained no pus or any foreign material.”

According to autopsy, the “Urogenital system, comprising of the vulva, associated internal organs such as the vagina, uterine cervix, uterus, fallopian tubes together the right and left ovaries as well as the right and left kidneys together with their respective adrenal glands and the left and right ureters, were dissected out together and examined.

“The vagina was about 9.5 cm long and 8 cm at its widest point, near its vault.

“It was empty and contained no pus or any foreign material.

“The mucosal lining displayed the normal and usual transverse ridges and the lining was smooth and clean. It displayed no lacerations or excoriations of any sort.”

The post-mortem also examined the uterine cervix and found that “it was conical and closed.

“Its external opening (external os) was tightly closed and round.

“The covering is clean, displaying no lacerations or excoriations.

“The canal of the cervix (endocervical canal) is empty and contained no foreign body material.

Authorities of Premiere Academy had always insisted that Keren’s blood sugar was effectively managed while she was in school.

The Matron of the school clinic, Grace Salami, had explained that the deceased’s blood sugar level was 114 mg/dl and normal on the day she exited the school, leading to concerns that she didn’t take her daily insulin shots when  she went home two days before her hospitalisation and eventual death.

In a statement released on Monday, Premiere Academy stated  that the result of the autopsy was consistent with the position of the school that late Keren died from the mismanagement of her diabetic condition while at home.

“Once again, our hearts go out to the family, friends and well wishers of our dear late student, Miss Keren Akpagher… we pray that God comforts us all,” the statement added.