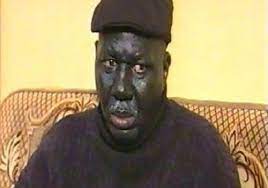 He was confirmed by one of his children Adesola via Instagram on Monday.

Here are seven things about the late comic actor – including how he rose to fame, his adversity, and death.

• He was born on August 22, 1958 and hailed from Ikorodu Local Government Area of Lagos State.

• He had his primary education at Jamaitul Islamial Primary School in Lagos and Children Boarding School, Osogbo before he proceeded to Adekanbi Commercial High School in Mile 12, Lagos State. He obtained the West African Senior School Certificate (WASSCE) from Ifeoluwa Grammar School in Osogbo, the capital of Osun State.

• In 2011, he was accused of cocaine trafficking by the National Drug Law Enforcement Agency (NDLEA), an allegation that was described as false and defamatory by the ruling of the Lagos High Court.

• In an interview with The Punch in June 2021, he said he was rendered crippled due to his experience in the hands of the NDLEA.

He said, “I have not forgotten about my issue with the NDLEA and I will never forget because I am still bearing the pains and suffering from that encounter. I am still affected by the inflictions they meted on me at that time.

“When I was in the custody of the NDLEA, they searched me, injected me, asked me to go to the toilet, but they never found any cocaine inside my system. I defecated there and they did not see anything.”

• The court awarded a compensation of N25m to Omidina for the mistreatment meted out to him by NDLEA while in their custody. As of June 2021, he said he had yet to receive the money. “If my lawyer, Bamidele Aturu, was still alive, I would have gotten my compensation a long time ago because he was a good lawyer. He was also a compassionate person. The man was nice. When we were in court, he really tried. If he was alive, I would have been compensated,” he said.

• Omidina’s property in Ikorodu was one of those destroyed by the Lagos State government for the construction of the Igbogbo-Igbe Road Expansion Road project.

• He got the sum of N3.1m as compensation for his demolished property.