Bandits reveal why they killed students of Kaduna private university 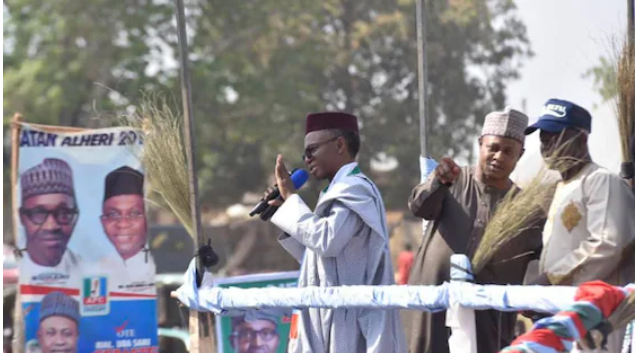 Bandits have revealed the reasons they killed five innocent students from Greenfield University in Kaduna state.

According to the criminals, the students were killed to show government’s failure.

Recall that the bandits invaded the school on April 20 and abducted the students after killing a security guard.

READ ALSO:  “I am Inside Buhari Train” –  Lauretta Onochie Shares Video that Shows Interior of One of the Trains

According to Daily Trust, the bandits claim they will keep on killing the students until their demands are met.

They disclosed this in an interview with the Hausa Service of Voice of America (VOA).

The criminal who spoke identified himself as Sani Idris Jalingo. He also demanded 10 brand Honda motorcycles for his gang.

According to him, the families of the students have already paid N55 million to them but they had used the money to feed them.

“We heard the utterances of the Kaduna state governor that he will not pay ransom to bandits to purchase additional arms.

“He also said he told his family that he will not pay ransom if any of them is kidnapped. So, we want to show that the Nigerian Government has failed that is why we killed the students.”

Meanwhile, some of the kidnappped students who spoke during the interview appealed to the government and their parents to take the threats seriously.

Recall that Frank Talk reported that the bandits who abducted some students from a private university in Kaduna have threatened to kill the remaining 17 in their custody if their demands are not met.

The criminals are asking for a ransom of N100 million as well as 10 brand Honda motorcycles.

In an interview with the Hausa Service of Voice of America (VOA) Jalingo said if these are not provided by the Kaduna state government or the families of the abductees, by Tuesday, May 4, they will all be killed.