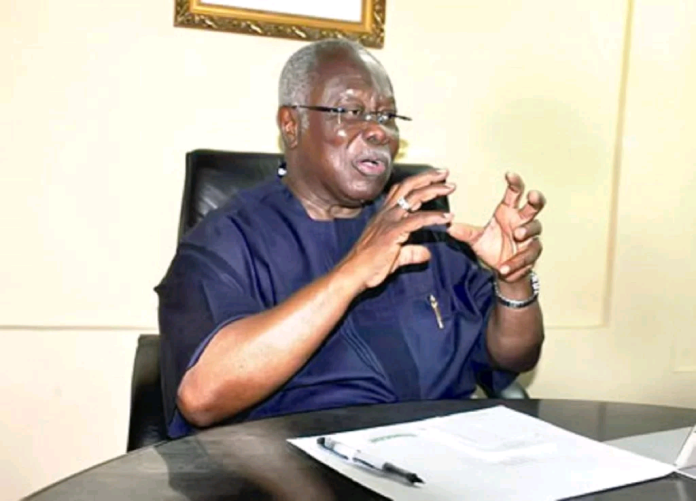 According to reports, growing rumours that Wike may dump the PDP for the All Progressives Congress due to his meeting with some chieftains of the ruling party.

There are other claims that he may join the APC due to his misgivings over the choice of Governor Ifeanyi Okowa of Delta State as the PDP’s vice presidential candidate.

In an interview with Vanguard on Tuesday, George said the Rivers governor cannot dump the PDP because of the comments he has made against the APC.

The PDP chieftain said the invitation of some APC leaders to commission projects in Rivers state is all part of the politics being played by Wike.

He said the PDP has put smiles on the face of the people more than the ruling party, describing the APC as a congregation of strange bedfellows who never meant well for this nation.

He said “I don’t believe that Wike will jump ship because if you remember some of the comments he has made against that party. PDP is still the best party, the most national in its outlook.

“The PDP has more successes in putting smiles on the face of the people. Whether he calls these other people to come and commission projects, it is all part of politics, I believe he will not jump ship.

“When he had called them some unprintable names in the past? And they are still the same till today, APC is a confused party, a congregation of strange bedfellows who never meant well for this nation.”