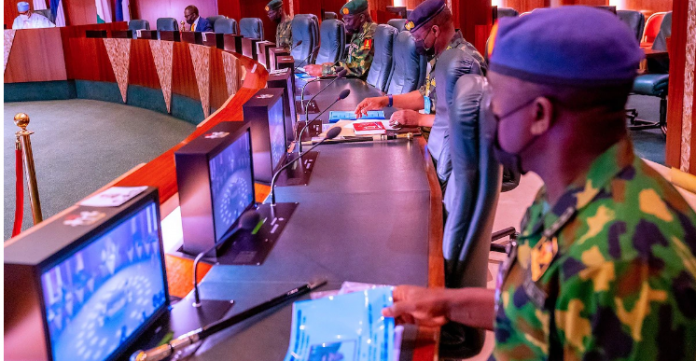 The federal government has said that security agents have arrested some Nigerians funding Boko Haram terrorists.

The senior special assistant to the president on media and publicity, Garba Shehu, made this known on Tuesday, March 30, while featuring on Channels Television’s Politics Today programme.

It was gathered that Shehu insisted that people would be shocked when details of the investigation on how the sums of money were transferred to the group would be fully disclosed.

He said the sponsors include some bureau de change operators with contacts abroad.

Shehu said: “Bureaus de change that are facilitating money to terrorists. We have already worked with the UAE. Convictions have been achieved of Nigerians who are transferring money to Boko Haram terrorists and this also happens domestically. And I tell you that by the time we finish this investigation, the shocking details will surprise many Nigerians.”

He also said places of worship are used to harbour killers of security agents in the country, assuring that heads of intelligence agencies are working on it.

The presidential aide stated: “It is shocking to many Nigerian that places of worship and farmland are places where killers of policemen, naval officers and military are being harboured. This discovery will shock you. But this is going on all over the country.”