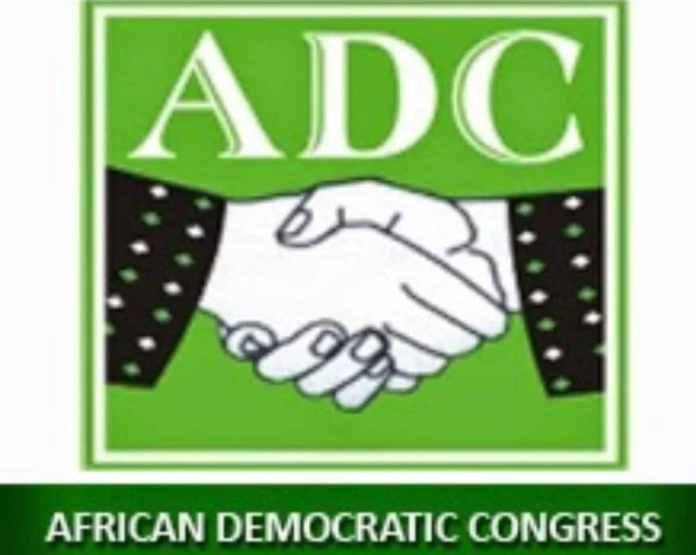 In a statement jointly signed by its National Chairman, Nwosu and the National Secretary, Alhaji Said Abdullahi, on Wednesday, the party suspended the former National Vice Chairman, North East, Alhaji Ibrahim Manzo from the party.

The party also announced that the former presidential candidate of the party, Dr. Mani Ahmed has been appointed as the new Board of Trustees (BoT) chairman.

The party stated categorically that all the members of ‘illegal caretaker committee’ have been suspended by the party.

The statement reads: “At the emergency NWC and Critical Stakeholders’ Meeting, held at the Global Campus and Transformation Center of the African Democratic Congress, ADC, on Tuesday, 6th September, 2022, the following resolutions were proposed and adopted:

“That Dr. Mani Ibrahim Ahmed, the 2015 Presidential Candidate and 2023 Presidential Aspirant of ADC, has been appointed the new Board of Trustees (BOT) Chairman of the party.

“That due to the anti-party activities, act(s)/conducts and utterances aimed to bring the Party into disrepute, attempts to destabilize our great party and undue negative publicity, and various other activities in contravention of Article 15 of our party constitution, the following state chairmen are hereby suspended from the party.”

READ ALSO: 5 things to know about Eniola Badmus at 45

The party stressed that the replacements of the suspended chairmen would be announced in due course.

The party also announced the expulsion of the former Abia State Chairman, Mr. Don Norman from the party.

The party urged all Wards, LGAs and States Executives to continue structuring the party at the grassroots for campaign take-off.

It also encouraged all candidates not to be distracted by the rather unfortunate activities of the agents trying to distract the party, but focus on the planning, contact and mobilization and structuring of their electioneering campaign.

The party also invited all National Assembly (Senate and House of Representatives) Candidates to the Party’s Headquarter for the collection of their certificates of return on Monday, 12th September, 2022.