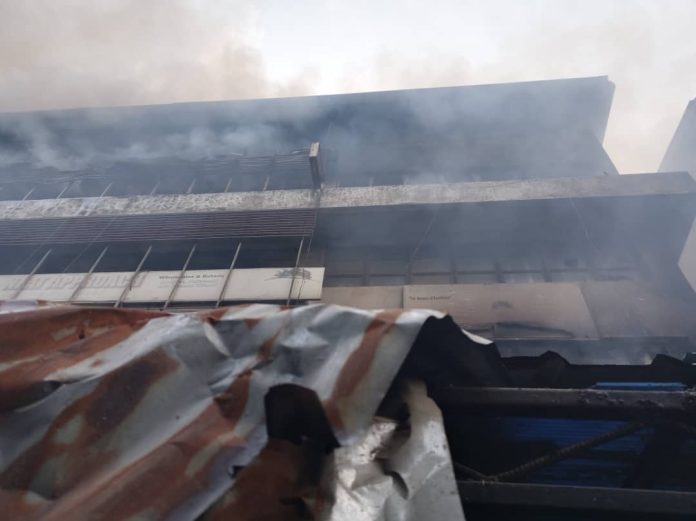 Fire has broken out at the popular Balogun Market in Lagos Island.

The fire broke out early Thursday morning at 5 Gbajumo Street inside Balogun Market in Lagos Island Area of Lagos State in Nigeria.

Frank Talk Now gathered that the conflagration rose and overpowered a 4-storey building where dealers deal in clothes and shoes.

It was learnt that the fire started at about 0045 hours and the concerted efforts of fire men from the Federal and State were able to contain
the inferno at about 0300.

However, while dampening was ongoing, the fire started again at about 0600 hours and presently, the fire has been brought under total control.

The fire has been contained without spreading to other building.
No injury or death has been noticed