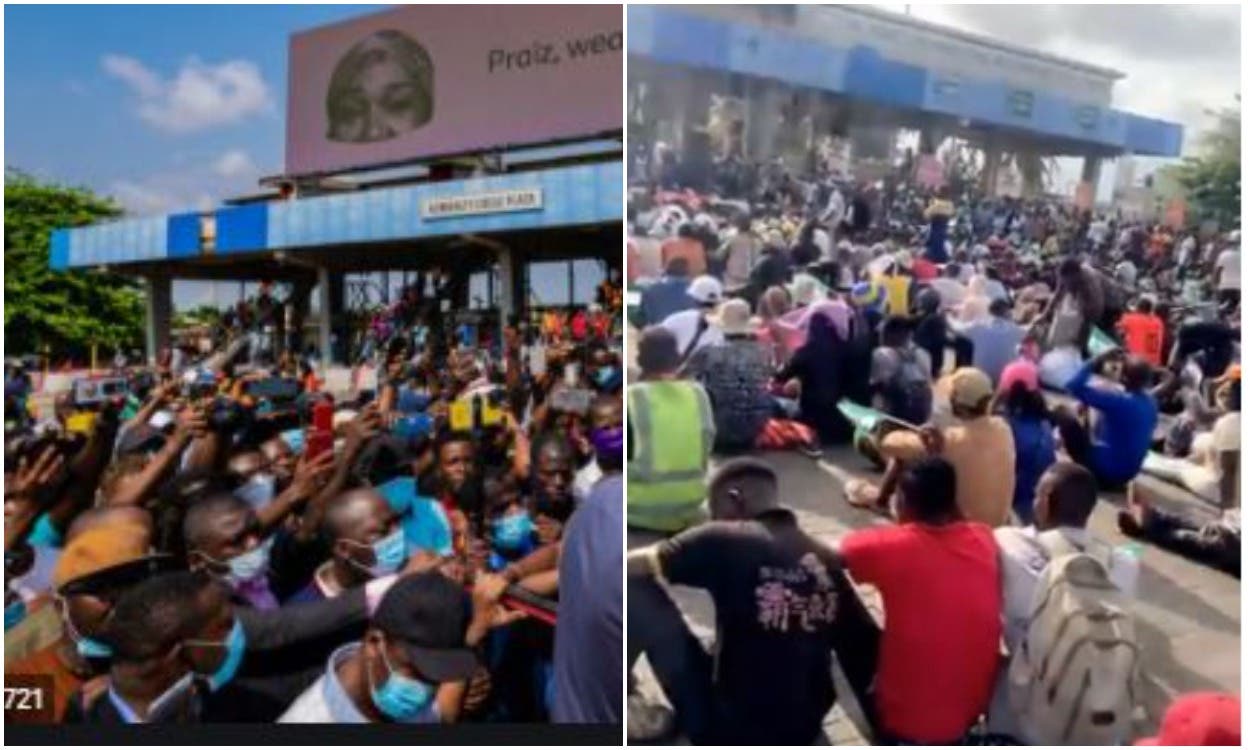 The Lekki Concession Company, operators of the Lekki toll gate, has submitted video footage recorded by its surveillance camera on the night of October 20, 2020, when soldiers allegedly opened fire on #EndSARS protesters at the Lekki toll gate.

The Managing Director of LCC, Abayomi Omomuwa, who appeared alongside a counsel for the company, Rotimi Seriki, submitted the video footage on Tuesday to the Judicial Panel of Inquiry set up by the Lagos State Government to probe the Lekki shootings as well as complaints of human rights abuses against members of the disbanded Special Anti-Robbery Squad.

Omomuwa when submitting the exhibit said “I can confirm that inside here is the video footage that our surveillance camera was able to record for the 20th of October.”

Seriki, also urged the panel to use its discretion on when to make the content public.

The panel admitted the footage and marked it as ‘Exhibit A’.