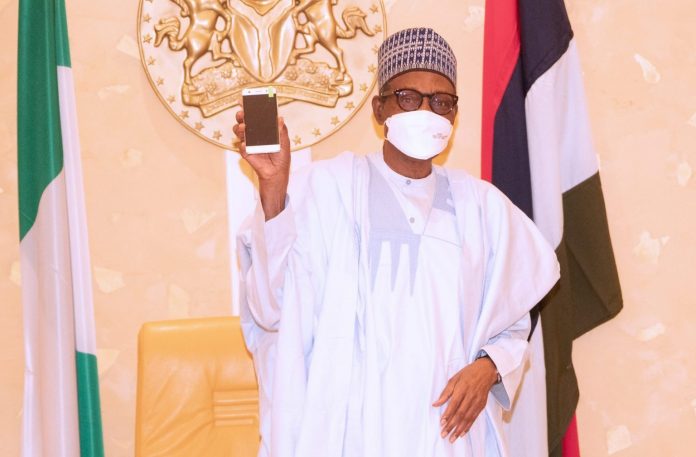 President Muhammadu Buhari on Wednesday received the first indigenous cell phone made in Nigeria from the Minister of Industry, Trade and Investment, Otunba Adeniyi Adebayo.

The Minister identified the cell phone as ITF which has many sophisticated features.

Adebayo, while presenting the cell phone to the president on Wednesday morning shortly before the commencement of the weekly Federal Executive Council (FEC) meeting, noted that 11 other phones have been produced.

According to him, the phones were produced using locally sourced components, by the Electrical/Electronics Technology Department of the Industrial Training Fund’s (ITF) Model Skills Training Centre.

He said: “Twelve indigenous mobile cell phones produced by the Model Skills Training Centre of the Industrial Training Fund; an agency under the Ministry of Industry Trade and Investment, were launched.

“It gives me great pleasure Mr President, to present you with one of the phones.”