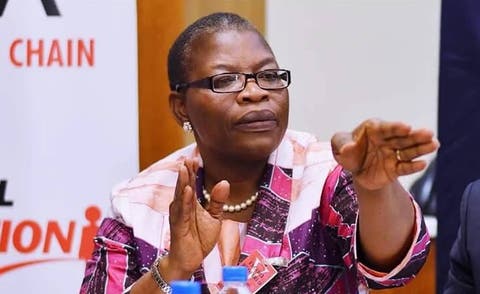 A former Minister of Education, Oby Ezekwesili has accused the Federal Government of not showing interest in the education of schoolchildren.

The ex-minister made this statement as this month marks the 7th year since schoolgirls were abducted from their school in Chibok. Although many of the girls have since escaped or been recovered, about 112 of them are still in captivity.

Speaking during an interview on Channels Television on Friday, Ezekwesili lamented that the whereabouts of the schoolgirls remain unknown.

“This government did not give any priority, I do not think this government is interested in schoolchildren and their education,” she said.

Ezekwesili referred to the state of education in Northern Nigeria as an example of a dilapidated education system, saying that the region has remained underdeveloped because of a poor education system among others.

READ ALSO: Why I am being linked to terrorists – Pantami

“Look at northern Nigeria; it is already behind the curve in terms of development. Development is a function of human capital – education, health and all the other associated services that people need in other to productively engage.”

Ezekwesili, therefore, called on President Muhammadu Buhari’s administration to give children a priority in Nigeria, especially on their education.

Also speaking concerning Obaseki’s money printing claim–a claim which has not been denied by the CBN governor, the former Vice President of the World Bank said the current state of the nation’s economy is a huge cause for concern.

“The country is in serious economic trouble. The truth is that you have got inflation at a high double-digit of 17 per cent.

“For the governor to be almost sanguine about quantitative easing that is not backed by the kind of level of growth and productivity like America and some of the other countries in Europe, this is really so much dangerous policy,” she said.