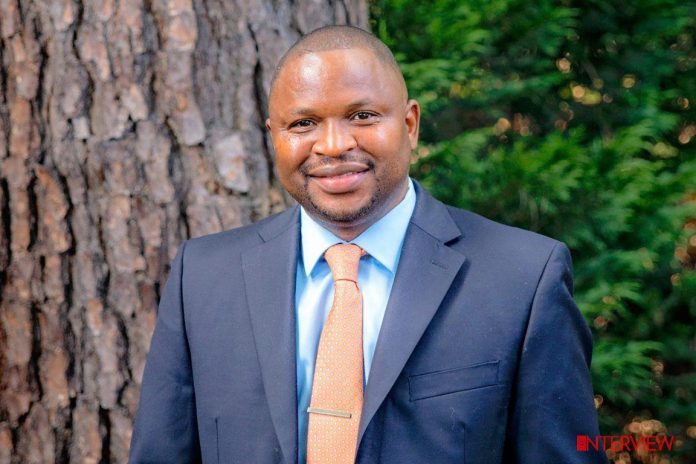 By Farooq A. Kperogi

The increasingly central role that British think factory Chatham House is playing in Nigeria’s 2023 presidential election, which has seen most of our top presidential contenders trooping like giddy little children to speak there, is the most absurd extreme I can find in recent Nigerian history of a phenomenon that social anthropologists call the cultural cringe.

First, put forward in the 1950s by an Australian scholar by the name of Arthur Phillips to describe Australia’s complicated cultural relations with Britain and the US, cultural cringe is the deep-rooted inferiority complex that causes psychologically damaged, formerly colonized people to inferiorize and disdain their own country and its culture and to uncritically valorize other countries and their cultures.

There is rampant cultural cringe in Nigeria, and it is manifesting prominently in this election cycle. APC presidential candidate Bola Tinubu who habitually shuns all independent Nigerian news organizations and platforms that invite him for debates and discussions was the first presidential candidate to honor Chatham House’s invitation to speak about his plans for Nigeria.

Peter Obi and his team were green with envy. They felt one-upped by Tinubu. Although unlike Tinubu, Obi routinely engages with Nigerians, he needed the Chatham House stamp of approval to show that he, too, had arrived. When he was invited to Chatham House, his supporters celebrated it as if he had won the presidential election.

Kwankwasiyya supporters also hyped Rabiu Musa Kwankwaso’s invitation to speak at Chatham House as evidence that he had overcome the real and notional marginality that had dogged his presidential aspiration, which had seen him and his spokespeople expending precious communicative energies to dispel insinuations that he would drop out of the race and endorse either Tinubu or Atiku.

Even INEC chairman Mahmood Yakubu showed up at Chatham House on January 17 to speak on INEC’s “Preparations, Challenges, and Priorities for Ensuring Electoral Integrity and Inclusivity.” I bet you that if Chatham House invites the entire Federal Executive Council to hold its weekly meetings in London to the hearing of Chatham House executives, Buhari and his ministers would be both honored and flattered for the “rare privilege.”

This may sound like an outlandish exaggeration, but the late President Umar Musa Yar’adua used similar phraseology to characterize his visit to the White House. He was so overwhelmed by the splendor of the White House and the “privilege” to shake President George Bush’s hands— that he declared his visit “a rare opportunity” and a “moment that I will never forget in my life.”

I had never seen such an effusively self-humiliating expression of gratitude, such farouche, dewy-eyed candor from the president of a supposedly sovereign country. His successors weren’t better.

Several sources confided in me at the time that Jonathan was brought to America—as embarrassingly ill-prepared as he was—because it was said that seeing him shake hands with Obama and other top US government functionaries would intimidate his opponents into unquestionably accepting him as a legitimate acting president. In other words, he sought the social and symbolic basis of the legitimacy of his presidency from the United States, not Nigeria.

“I just got back from the US. The President of America is like the president of the world because it is the most powerful country,” Vanguard of September 26, 2011, quoted Jonathan to have said during a speech at a Lagos church in response to unremitting national criticisms against him. “Obama when he spoke commended Nigeria but back home, we are being abused.”

In other words, if Obama, the “president of the world,” extolled Jonathan, how dare ordinary Nigerian mortals criticize him?

If Jonathan was a neocolonial president, Muhammadu Buhari, his immediate successor, took the neocolonial presidency to new heights. He actually pioneered the Chatham House political pilgrimage in 2015. After the presidential election was rescheduled from February 14 to March 28, Buhari temporarily relocated to London during which he visited Chatham House where he famously made boldly airy promises that have since gone with the wind.

“If I am elected president, the world will have no cause to worry about Nigeria,” he declared. “I’ll lead the way with the force of personal example.”

And shortly after he was elected and sworn in as president, Buhari went to London to “rest” and then, of course, visited Chatham House to repudiate two of the signature campaign documents that helped propel his party to an unlikely electoral triumph and that caused many hitherto nonpartisan commentators to identify with and support him in 2015. The documents were pamphlets titled “One Hundred Things Buhari Will Do in 100 Days” and “My Covenant With Nigerians.”

That inaugurated his tradition of reverence for the foreign and derision for Nigeria. All the consequential media interviews Buhari has granted throughout his presidency have been to foreign journalists—and often on foreign soil. He has, for the most part, avoided the Nigerian media, which Tinubu is aping.

Like Jonathan before him, Buhari gives more valence to foreign opinions about him than he does to the domestic estimation of his performance. For example, a September 20, 2018, Premium Times investigation found that the Buhari administration had “hired two American lobbying and public relations firms to plant opinion articles favourable to the President Muhammadu Buhari’s administration in American newspapers.”

This cultural cringe shows no sign of abating anytime soon because all of Buhari’s potential successors are frankly indistinguishable from him when it comes to questions of national self-pride, as we have seen these past few weeks.

To be sure, independence and national self-pride don’t mean national self-isolation. There is merit in interacting with other countries and their institutions, not least countries we have historical ties with, but this should be done on terms that elevate, not diminish our national self-esteem.

As it stands right now, no Western nation needs secret agents to get our national secrets. Our elites’ egos are often flattered to no end when a white person—any white person—considers them “worthy” enough to serve as traitorous snitches against their own country.

And that’s why they are routinely infantilized by the West. As a people and culture, we have internalized a mentality of low self-worth and an unwarranted veneration of the foreign, especially if the “foreign” also happens to be white.

Why Youth should participate in Elections & Governance, By Mayowa Olajide Akinleye