Home Commentary Constitution Wetin? A Game Of Deceit And Distraction By Tola...
Commentary

Constitution Wetin? A Game Of Deceit And Distraction By Tola Adeniyi 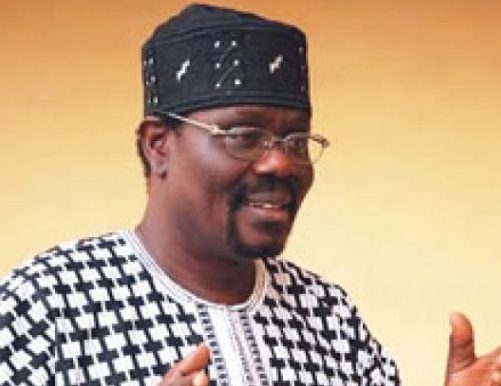 It is curious that millions of otherwise educated people can be easily fooled and dragged into the on-going theatricalities and inanities of a so-called jamboree deceitfully tagged Constitution Amendment Panorama. What are they amending? Who is doing the Amendment? For which purpose and to what end? And for whom?
I would have said it is laughable, but who in the Nigerian contraption is laughing now? Who is laughing?
Is it the hundreds of thousands who had been driven away from their ancestral homes in the last five years and are now crowded and famished in the so-called Internally Displaced Peoples Camps…in their own country?
Is it the Tivs and other proud owners of the Benue and Niger confluence who are routinely butchered in their homes and farmlands? Is it the heroic people of Southern Zaria that now hardly have a place to call home?
Is it hundreds of thousands of peaceful natives in Zamfara and Katsina states that can hardly sleep with two eyes closed?
Is it the people currently under siege and being slaughtered before our very eyes in the Eastern Region of Nigeria? Is it the proud and civilized people of Yorubaland reputed to be the most urbanized in the whole of Africa whose kith and kin in their homelands are being daily terrorized by imported terror gangs with crazy and disillusioned expansionist agenda?
What is going on in the zany parade across the country is a dubious exercise in futility and a gross display of misplaced priorities and money guzzling project in character with the humongous corruption and treasury looting that had virtually swallowed the entire unfortunate country.
This is just a wasteful distraction. The politicians who are driving this insidious agenda know what they are doing. They want to proceed with sham elections that they are adept at.
They want to pursue their ‘business as usual’ even though they are fully aware that the country is bleeding and it is on fire. They want to be councilors, Council Chairpersons, Board members, [Dis-] honourables, Senators, Governors, and even Presidential candidates in a country where most states cannot pay $36  a month to poor workers. Thirty-six US Dollars is Eighteen thousand Naira! And fellow human beings in some other countries on the same planet earn more than 36 Dollars per hour!!!
Constitution Amendment melodrama is an orchestrated Opium. The designers, planners, promoters and the operators of this puppet show just want suffering Nigerians to be drunk on fantasy. Give them something to chew on like you throw hay to cows, while the conquering puppeteers are busy picking their teeth with sticks made of diamond. How can any group of human beings be this undiscerning?
The Senate, any Senate in the world, is a child of the Constitution. The Senate and all public office holders and the politicians who exercise power and distribute position and privileges are beneficiaries of the Constitution. No knife, however sharp can carve its own handle. It is a famous aphorism in my country.
What would be ideal is a brand new Constitution? But who, by Jove, is in position in the country that has completely broken down under the yoke of hate, distrust, unprecedented greed and calamitous colonization agenda can organize the procedure? Certainly none.
And in any case, it is too late in the day for anyone to nurse the idea or prospect of a Constitution for peoples that have not been able to live amicably together for over a century, simply on account of a forced marriage of convenience and external  fraudulent interest.
Look at this way, a vehicle has lost its engine, the body is completely mangled, the chassis is gone,  transmission is gone, all the rims and tyres are gone, some thoughtless people are scrambling to find a driver [president] for the vehicle while some are clamouring to get the vehicle fixed through panel beating [amendments]*
What an absurdity in the 21st Century when other people are riding driverless electrical vehicles and others are exploring places to live on the Moon or Mars?
Now the obvious politics of the whole invidious self-serving tantalizer: Out of the total 360 House of Representatives Members, the entire South has 169, while the North has a whopping 191. The North has 398 out of 774 local governments while the South has 376. These are the real centres of power where whatever amendments are made will be approved or disapproved, accepted or rejected.

Even though we all know there is no monolithic North, whenever there is need to protect the source of undeserved advantage like the obnoxious Quota System and selective Federal Character, only one stick is needed to enforce a nod.
Yet all those parading the corridors of transient power in their flowing agbadas, babaringas, heavy turbans, beaded crowns and colourful feathers and wigs are very much aware of this simple arithmetic of the Lugardian political ‘arrangement’.
I know there is no point asking those deceiving Nigerians to stop the game of deceit, simply because they will not listen. And those being deceived who are mostly collaborators in all the games of deceit before this one will also not listen. My great-grandfather, may his soul be blessed in perpetuity, told me that you don’t take your talking drum to the village of the deaf and dumb.
Regardless of what professional politicians in Yorubaland may say, this columnist on behalf of the suffering silent majority in Yorubaland, and indeed in the entire ravaged lands in the deliberately impoverished Nigerian space has no faith in the scandalous constitution Amendment Circus show going on all over the place.
One more thing; how do you amend a Military document that pretends to be a
Constitution?
Akogun Tola Adeniyi  former Chairman/MD/ Editor-in-Chief Daily Times Conglomerate and Chairman Of Council Yoruba Global Alliance.

Now that Twitter is banned, will kidnapping of Nigerian students stop?

What would make the Catholic Church build a mosque?  By Abdullahi Haruna

The above question swims in curious crescendo in the minds of people who witnessed the commissioning of a mosque built by The Missionary Society...
Read more