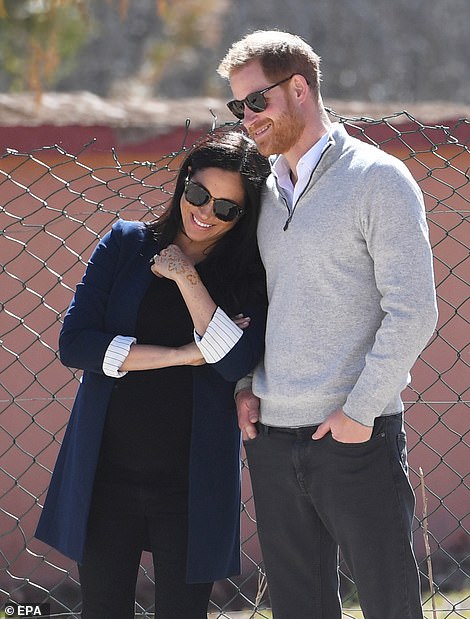 The Duchess of Sussex, Meghan Markle, has given birth to a daughter .

Meghan and Prince Harry have named  the baby Lilibet ‘Lili’ Diana Mountbatten-Windsor after the monarch and the duke’s mother, who died in 1997.Mail Online reports.

Prince Harry and Meghan Markle’s second child, sister to two-year-old Archie, was born at 11:40am at Santa Barbara Cottage Hospital in Santa Barbara, on Friday and is now ‘settling in at home’, the couple said.

She has been named Lilibet after the family nickname for the Queen, the baby’s great-grandmother, while her middle name was chosen to honour her beloved late grandmother, Princess Diana.

In a message of thanks from Meghan and Harry on the Archewell website, the Duke and Duchess of Sussex said: ‘On June 4, we were blessed with the arrival of our daughter, Lili.

‘She is more than we could have ever imagined, and we remain grateful for the love and prayers we’ve felt from across the globe. Thank you for your continued kindness and support during this very special time for our family.’

Their press secretary said: ‘The Duke and Duchess thank you for your warm wishes and prayers as they enjoy this special time as a family.’

Lili is eighth in line to the throne. The first seven places remain unchanged – the Prince of Wales, the Duke of Cambridge, Prince George, Princess Charlotte, Prince Louis, Harry, and Archie Mountbatten-Windsor.

Harry retained his place in the line of succession despite quitting royal life, and dropping his HRH style.

With the arrival of Harry and Meghan’s new addition to the family, the Duke of York, who was born second in line in 1960, has moved down to ninth place.

Andrew stopped carrying out royal duties in 2019 following his controversial Newsnight interview over his friendship with convicted paedophile Jeffrey Epstein.

The baby girl has been named Lilibet after the Queen’s family nickname but she will be known as Lili.

She has entered the line of succession behind her older brother Archie.

His youngest, Princess Eugenie, has fallen out of the top 10 to become 11th in line, and her son August has moved to 12th place, the Earl of Wessex to 13th place and the Princess Royal to 16th.

There will be further changes in the autumn when Beatrice’s baby arrives and becomes 11th in line.

The Queen’s great-grandchildren are: Savannah and Isla Phillips; George, Charlotte and Louis; Mia, Lena and Lucas Tindall; Archie and his sister, and August Brooksbank.

Beatrice’s son or daughter will become the monarch’s 12th great-grandchild. The Sussexes’ new baby will not require the Queen’s permission to marry.

For hundreds of years, the Royal Marriages Act 1772 meant descendants of George II had to seek the sovereign’s consent before they wed, otherwise their marriages were deemed invalid.

But this law was repealed through the Succession to the Crown Act 2013, which restricted the consent to just the first six people in the line of succession.

As the new baby is eighth in line, she will not at present need to seek a monarch’s approval to wed.

She might have to do so in the future though, when the Duke of Cambridge eventually becomes king and if there have been no further additions ahead of her in the succession line.

George III, George II’s grandson, had ordered the 1772 Act after his younger brother, the Duke of Cumberland, secretly married Lady Anne Horton, deemed to be a highly disreputable  widow of a commoner.