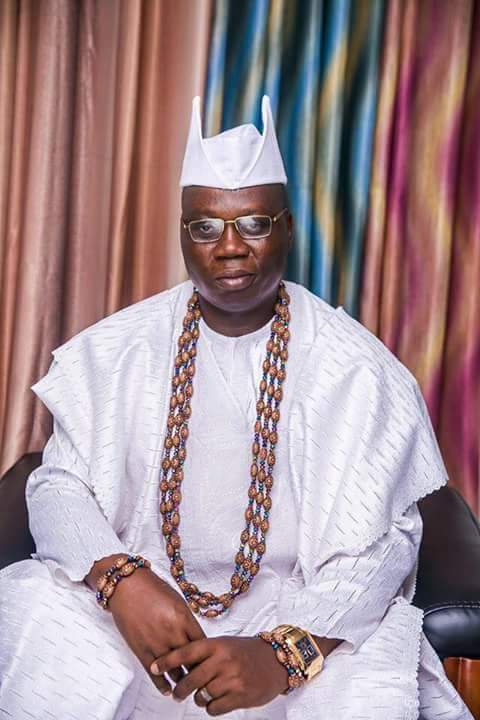 Aare Onakakanfo of Yorubaland, Iba Gani Adams on Sunday said with the killing of over 50 people in Igangan town, Ibarapa, Oke Ogun area of Oyo State, it is evident that war is imminent in the country.

Adams, while condemning the gruesome murder of innocent residents of the town, warned Fulani herdsmen and bandits to stay away from the southwest or be ready to face stiff resistance.

The killings in the early hours of Sunday brought the entire Igangan town and its environs to its knees with over 50 people dead, cars burnt and over 20 houses razed.

After news of the killings and destruction filtered in, with gory videos of the massacre, Adams said the North had waged war against the Southwest.

He said the North had unleashed terror on the region, stressing the need for the people to rise and defend themselves “without looking back”.

“In a situation like this, you rise and defend yourself. Where are the police when the bandits started killing our people in Igangan today?

“Even the palace of Asigangan of Igangan land, Oba Adewuyi Olaoye, was not spared and the monarch, according to reports had been whisked away by the bandits.

“I corroborated his statements and called for urgent surveillance across the southwest. Now with the recent onslaught on Igangan people, it is evident that the Fulani herdsmen are on a predetermined mission to kill, maim and decimate the southwest.

“This is one killing too many, I will not fold my arms seeing the blood of innocent people being shed like it is in Igangan.

“Now that North had declared war on the Southwest, we will never silent or compromise on the homicide going on in the southwest. I want to charge all the governors in the Southwest, as well as the traditional rulers to rise to this occasion.”

The Yoruba generalissimo warned criminal herders to stay away from the region, as the Southwest can no longer accommodate killers. OPC and other local security operatives will continue to ensure that the region is safe for residents.

“Those killed in Igangan town have their families and friends, there is blood flowing in their veins and in a moment their lives were cut short by killer herdsmen and bandits in their home”.

Adams disclosed that information at his disposal indicates that bandits and killer herdsmen have invaded the Southwest thus pushing the security outfits to the wall.

He urged all governors to beef up the security of their respective states to provide adequate security for the people of the region.

Angry youths have attacked some herdsmen in Odo-Owa community of Oke-Ero Local Government Area in Kwara State. It was also gathered that the youths destroyed...
Read more
- Advertisment -