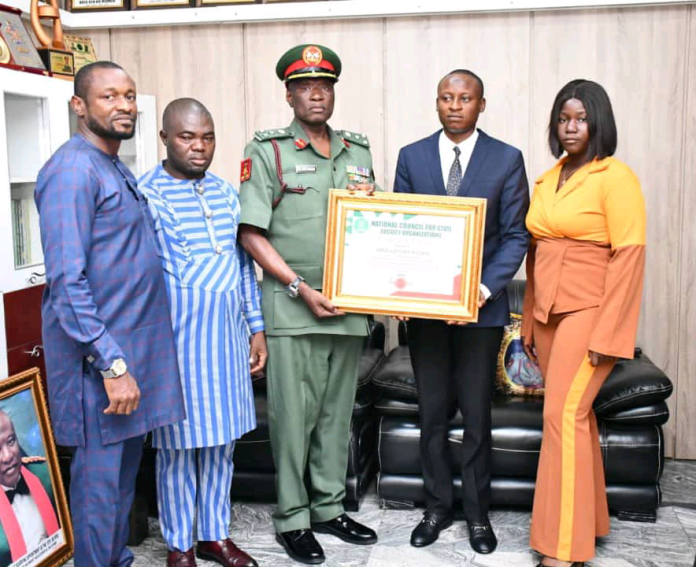 The National Council for Civil Societies has presented a Certificate of Credence to the NYSC Director General, Brigadier General Muhammad Kaku Fadah, for his sterling leadership qualities.

The Council also commended him for stakeholders’ advocacy visits, anti-corruption crusade, selfless services with good governance since he assumed duty.

The National Coordinator of the Council, Comrade Attahiru Abdulmalik, disclosed this while presenting a Certificate of Credence to General Fadah at the NYSC National Directorate Headquarters in Maitama, Abuja.

Comrade Abdulmalik extolled the Director General for his track records of laudable achievements, urging him to remain focused in order to take the Scheme to enviable heights.

In his response, General Fadah appreciated the civil societies for the recognition, adding that the honour bestowed on him will spur him to do more for the benefit of NYSC.

A statement by Eddy Megwa, Director, Press and Public Relations, said the Director thanked the members of the CSOS for showing interest in the sustenance of the NYSC for national development.

He further promised his readiness to record more achievements during his tenure as the 19th NYSC Director General.