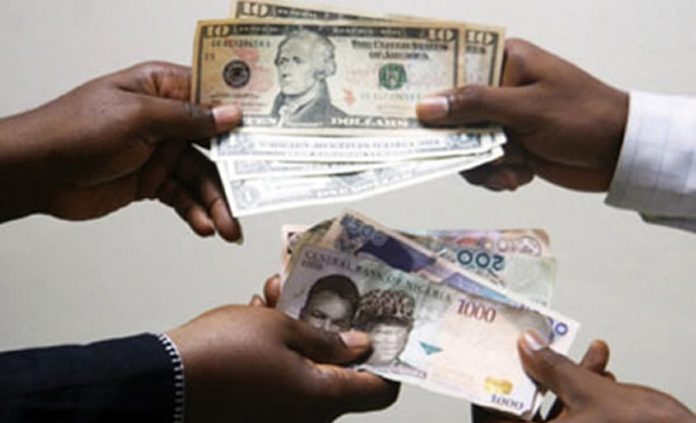 This is the news about Dollar to Naira rate at the official and black market exchange rate Today December 22, 2021.

The official rate today, Wednesday December 22nd, for $1 dollar to naira = ₦(yet to be disclosed)/$1.

According to the data at the FMDQ Security Exchange where forex is traded officially, exchange rate between the naira and the US dollar opened at ₦(yet to be disclosed)/$1 on Wednesday 22nd, after it closed at ₦415.10 to a $1 on Tuesday, 21st December 2021.

The exchange rate for a dollar to naira at Lagos Parallel Market (Black Market) players buy a dollar for N562 and sell at N565 on Wednesday, December 22nd 2021, according to sources at Bureau De Change (BDC).

According to data from FMDQ, forex turnover stands at $323.56 million.

Meanwhile, Nigeria’s House of Representatives on Tuesday passed the 2022 budget into law, increasing the estimate to N17.13trillion.

Recall that President Mohammadu Buhari had presented the 2022 budget of N16.39 trillion to a joint session of the National Assembly on October 9, 2021.

During plenary, the budget was passed the adoption of a report presented by the Chairman of the House Committee on Appropriation, Hon. Muktar Betara.

Presenting his report, Betara said the oil price benchmark for the 2022 budget has been increased from $57 per barrel proposed by the executive to $62 to “reflect the current market values of the oil barrel in the international market”.

He said the budget is of much significance because it would be the last full-year budget to be implemented by the current administration.