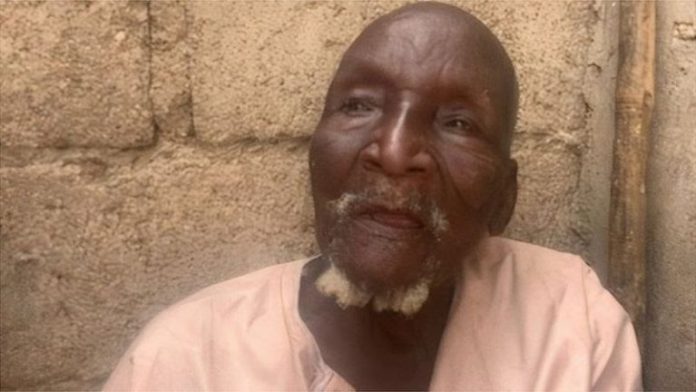 An 86-year-old man Sa’idu Abdullahi has reappeared at Daka Tsalle town in Kano State after being away for over 60 years.

Mr Abdullahi who left the town years before Nigeria’s independence in 1960 had not married any wife or had any children. At the time he left Kano had not become a state.

He said he left the town when Emir Abdullahi Bayero (grandfather of the current emir) was on the throne in Kano before his death in 1953.

The octogenarian said he left the town in search of greener pasture and found his way to Ibadan, Oyo State capital where his uncle had moved to few years before him.

“Initially my plan was to go back to my town before Nigeria’s independence unfortunately it did not work out,” he said.

Relatives and well-wishers were gathered to see Abdullahi at the time BBC visited the family house.

Many of the relatives said they thought he died many years ago as many of them were young when their parents told them about him.

Some grandchildren of his brothers said their grand uncle’s story was extraordinary.

Abdullahi also said that at the time he left the town kolanut trade was in vogue and that his mission was to enter the business and make money.

His family said what amazed them was that all these years he did not forget Hausa language and his senses remain intact.