Drama As Model Marries Self After Giving Up On Men (Photo) 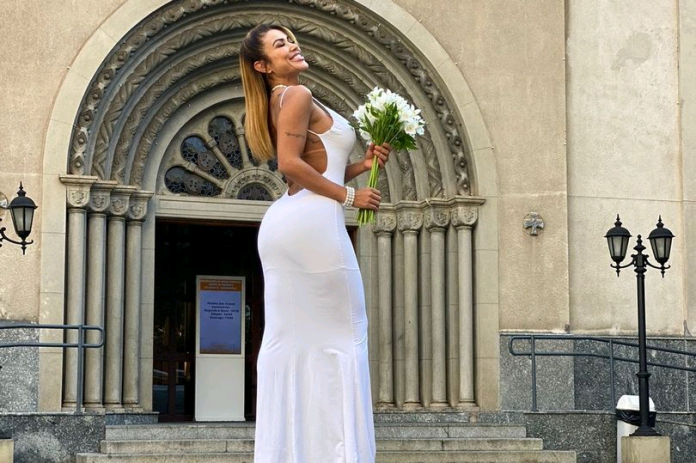 A model, identified as Cris Galera has married herself after giving up on men.

This comes after spending some time as a single lady, she realised she can stand on her own two feet.

The 33-year-old revealed: “I reached a point where I matured, I realised that I am a strong and determined woman.

“I was always afraid of being alone, but I realised that I needed to learn to feel good about myself.

“When that happened, I decided to celebrate it.”

The model said: “I wanted to highlight my best features, my breasts. I wore a killer neckline.”

Thankfully, she’s not letting these hold her back.

Cris added: “I decided that I would no longer read the hate comments. People’s opinion will not change what I think or add anything to it.”