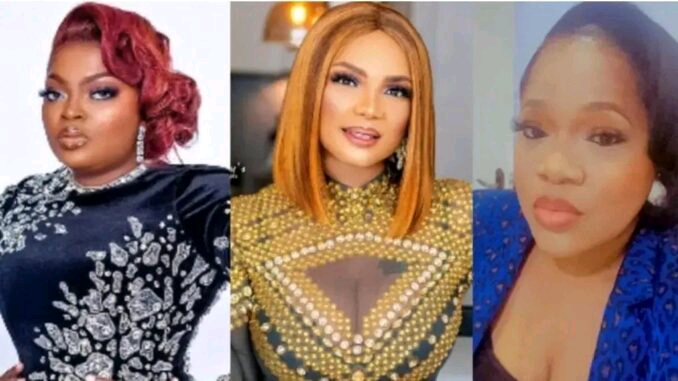 Nollywood actress,Iyabo Ojo has blasted colleague, Funke Akindele on Instagram regarding a comment she made on a film review page.

She alleged in her commentary that Funke Akindele paid the blogger money to write bad reviews about the new movie Toyin Abraham released. She also warned her colleague to desist from such actions.

Meanwhile, Iyabo Ojo ended her comment with curses and insults on the blogger and her colleagues. She also called them unprintable names.

Recall that a film review page named “Cinemapointer” reviewed Toyin Abraham’s new film. The new film titled “Ghost and the Tout” was given a bad review by the blogger.

The blogger accused Toyin Abraham of copying Funke Akindele’s style in her movie titled “Omo Ghetto; the Saga.” This review was what prompted Iyabo Ojo to defend Toyin Abraham. 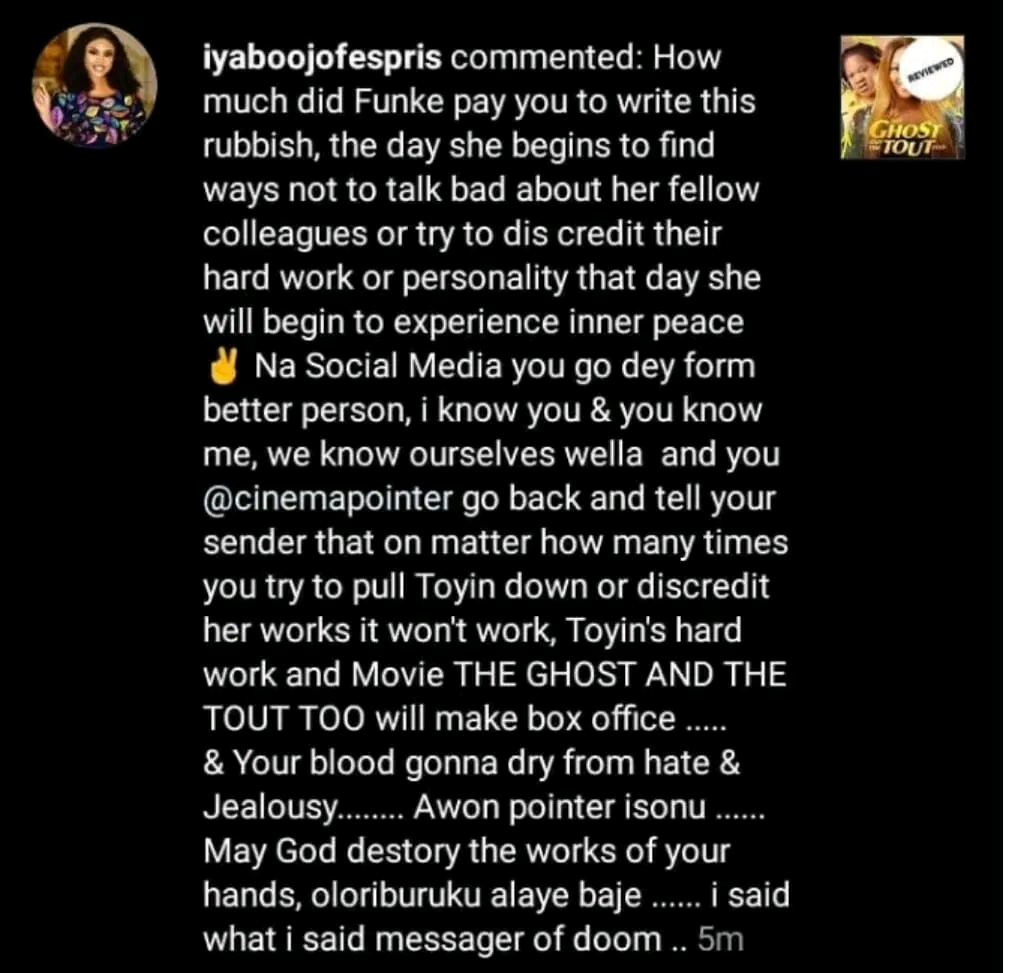 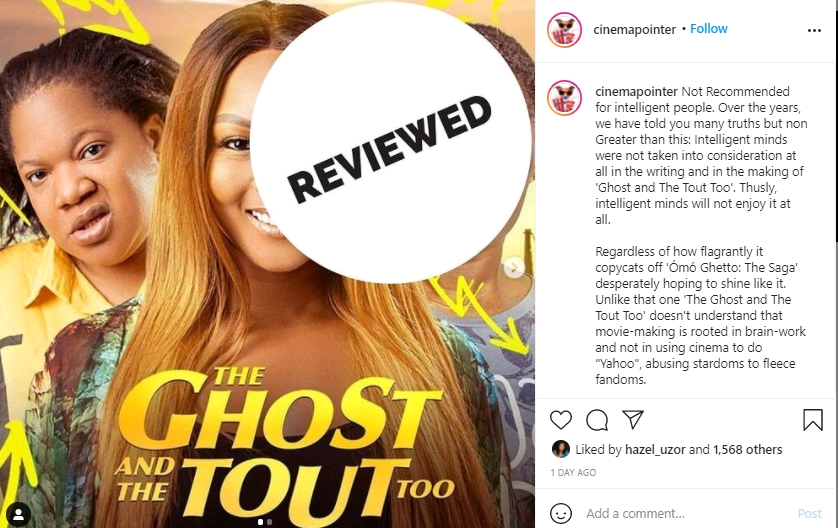