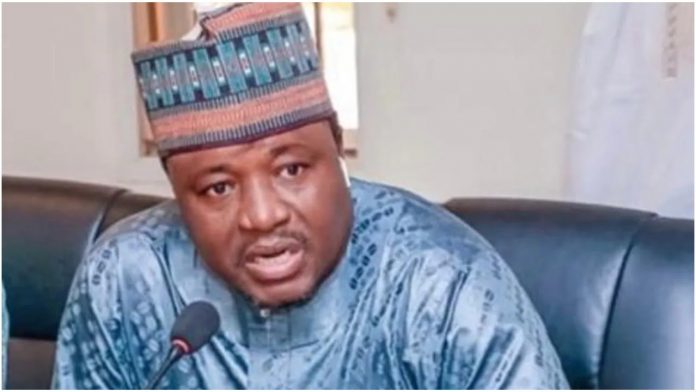 The Arewa Youth Consultative Forum (AYCF) has expressed worry that the standard of the current leadership of the Economic and Financial Crimes Commission (EFCC) led by Abdurrashid Bawa is losing steam too fast.

The youths stated that the agency must fasten its belt and stop the downward slide in operational standards.

Alhaji Yerima Shettima, National President of the forum, in a statement made available to DAILY POST in Kaduna on Saturday said, “We have been following closely the action of the Economic and Financial Crimes Commission( EFCC) hasty moves to nail another Northern Governor, Mohammed Bello Matawalle. We feel duly concerned to call out the EFCC, led by Abdurrashid Bawa to desist from this repeated embarrassment of starting what it cannot finish. The EFCC as an institution of public service that is crucial to sanitizing Nigeria should not be pulled down by the actions of one man.

“The forum rejects the strategy of media trial because it downgrades not just the operational standards of the agency but it amounts to deliberate policy of intimidation.”

In a democratic setting such as Nigeria’s, the forum said that the Rule of Law is an essential ingredient as it strengthens the constitutional rights and privileges of all Nigerians, unlike in a military dictatorship.

“The EFCC is meant to be an agency of uncompromising standards that should be a reflection of our domestic and international image in the fight against corruption,” the statement said.

It stated that it is on record that Governor Matawalle has been able to stabilize Zamfara State more than his predecessors due to his modified security strategy.

It asked if the EFCC is now deliberately trying to undermine these laudable achievements by launching a media trial in broad daylight, wondering why Belsha Printing Press that Matawalle established before he even became State Governor be shut down now.

“What kind of law gave the agency the powers to shut down a private business that predates the owner’s emergence as governor? This is really distractive for a Governor giving Zamfara his best shot,” the statement added.

It noted that it is interesting as a group why those targeted for media trial are Northerners and why this selective approach be seen in an agency that is supposed to be national in outlook.

The forum urged President Muhammadu Buhari to call the EFCC chairman to order to stop him from undermining the image of the current administration.

It stated that the issue of contempt on the side of the current EFCC boss, adding that some Nigerians were planning to drag him to court.