El-rufai: Jonathan, Yar’adua Persecuted Me Because They Saw Me As A Threat 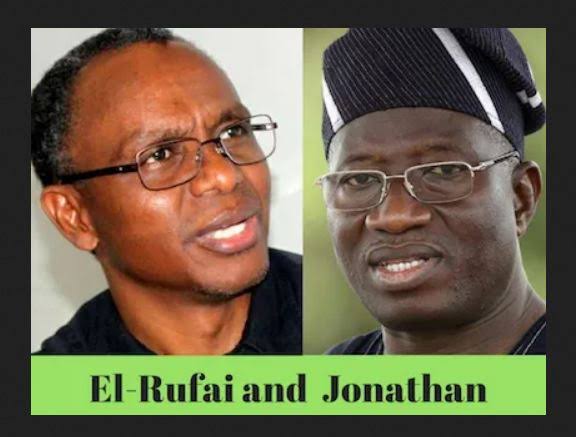 Governor Nasir El-Rufai of Kaduna State has alleged that former Presidents Umaru Musa Yar’Adua and Goodluck Jonathan persecuted him because they saw him as a threat.

In an interview with The Point, El-Rufai said while Yar’Adua humiliated him because he felt ex-President Olusegun Obasanjo was considering him as his successor, Jonathan persecuted him because he believed he was a threat to his second term.

Obasanjo was president between 1999 and 2007 and El-Rufai served as Minister of the Federal Capital Territory, Abuja.

Yar’Adua was governor of Katsina State when Jonathan was deputy governor of Bayelsa State.

Yar’Adua later succeeded Obasanjo with Jonathan as his deputy. Upon the death of Yar’Adua on May 5, 2010, Jonathan took over as president.

In the interview, El-Rufai said while Yar’Adua started the persecution, Jonathan continued with it.

“Jonathan was convinced by his own circle too that I was a threat and that if he was going for a second term of office, he had to take me out of the race. And so, Jonathan continued the persecution that Yar’adua started.”

“I have been associated with running for President, as I said, since 2005, 2006, about 15 years. I’ve suffered for this, I’ve even been exiled for it and Jonathan tried to put me in prison for it.

“My name being mentioned with regard to presidential aspiration has been on since 2006, since I was running the Federal Capital Territory, Abuja. People were speculating that the then President Olusegun Obasanjo was preparing to hand over to me. It was part of the reasons I was exiled. Late President Yar’adua was told, according to those around him, that Obasanjo shortlisted two names to succeed him – Yar’Adua’s name and mine. It was totally false.

“But Yar’adua believed that, and he thought that I was a threat, and all the hullabaloo, lies and persecution that got me exiled for 23 months were as a result of that.”