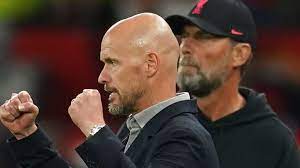 Manchester United boss, Erik ten Hag has warned Harry Maguire, telling the England star that being club captain does not mean he will be in the team’s XI.

He said that that cannot happen when players such as former Real Madrid defender, Raphael Varane are in the squad.

Maguire, whose poor form started last season, played United’s first games, being their defeats to Brighton and Brentford and was dropped to the bench against Liverpool while Varane took his place.

“I don’t think it means that when you are captain you are established to play always, especially when you also have Varane in your squad.

“There is competition and we need that. Varane’s stature is immense. When the team needed him, he was there,” Ten Hag said in his pre-match press conference on Friday.