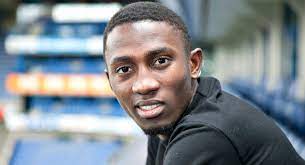 The Leicester City midfielder revealed this in a video interview with Football Daily explaining that the degree will afford him more options outside football.

Ndidi explained that the knowledge in business and management will come in handy as he plans to get into business after he retires from playing.

He said, “Yeah, I am done. I did like a 10 course class which can enroll me into a proper university degree.”

Back in 2019, Ndidi was interviewed by Sportsmail and spoke extensively on his desire to pursue education while still being an active footballer.

“I have spare time, so instead of sitting and playing FIFA, it’s good to understand the four walls of schooling,” Ndidi told Sportsmail. “In Nigeria some players want to play football and then they forget about school. But if you do both you can continue with whichever one works out, instead of just hoping for football, football — and then you don’t make it.”

Ndidi also spoke about a visison to create more options outside football for youths in Nigeria.

“All my life I wanted to play football and this is my career now but there was pressure from my dad not to go that way because he wanted me to stay at school. He was not convinced I was doing the right thing until he first saw me on television, playing for the Under 17 national team. The population of Nigeria is massive and it is so hard to make the grade as a footballer, so I have a clear vision of a place where you can play football and study, either in Lagos or Abuja.

“I have spoken to my godfather about making it happen. If kids don’t make it in football, I want them to think they can get a degree and work, instead of roaming the streets.”