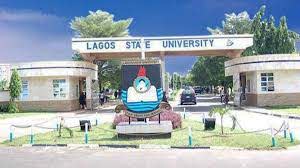 The Ojo campus is the main campus and the location of the university’s central administration. It houses the faculties of arts, education, law, management sciences, science and social sciences, school of transport, school of communication, centre for environment studies and sustainable development, centre for general Nigerian studies, centre for planning studies, information and communication technology centre, online and distance learning and research institute and centre for entrepreneurial studies.

With this development, lecturers, admin staff, students and other members of the university community have been operating without public power supply. Some of the lecturers said they had to relocate to hotels anytime they had to work for long hours on campus.

A visit to the campus on Wednesday showed that every office and department including the school library was in total darkness. Both admin and non-admin staff opened wide their office doors to allow for some fresh air. Some were using their phone touch as light in offices that were too dark.

It was learnt that electricity supply to the campus was cut off by the Power Holding Company of Nigeria.

A reliable source at the university told Franktalknow that the council chairman, Prof Adebayo Ninalowo, refused to release money for the payment of the electricity bill.

He was said to have told the university authorities to negotiate with the PHCN with a view to reducing the bill insisting that he would not release the money until this was done.

LASU was also ranked among the best three Nigerian universities in the Times Higher Education (THE) World University Ranking in 2020.

Its Acting Vice-Chancellor, Prof Oyedamola Oke, had said “The new status of the university was heart-warming and a further attestation to her quality teaching, research exploits and robust service delivery.

“The Acting Vice-Chancellor applauds the invaluable and immeasurable contributions of all stakeholders including; the Lagos State Government, members of staff and our world-class students towards the newest ranking of the institution.

“Without the unwavering support and commitment of all stakeholders to the LASU project, the feat would have been unattainable.’’