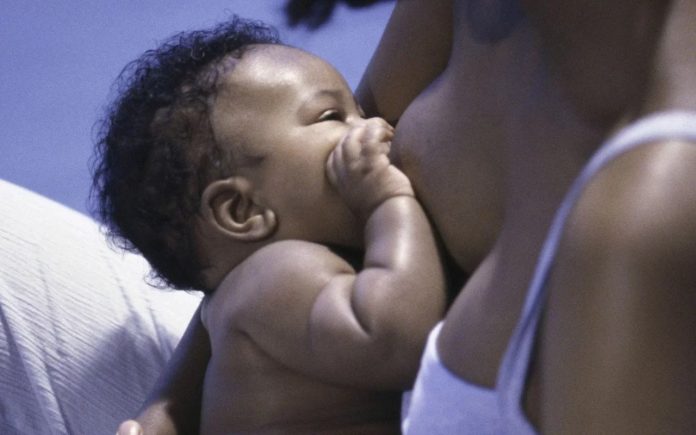 Despite the economical benefits associated with exclusive breastfeeding, some nursing mothers in Akwa Ibom State have claimed that poverty and excessive hunger have deprived them of exploiting such benefits.

In an interview with selected mothers in Uyo, the state capital as a commemoration of World breastfeeding week with the theme: ‘Step up for breastfeeding: Educate and Support,’ some mothers described how tasking and demanding exclusive breastfeeding is, especially in the scarcity of food for mothers.

According to one Nsa Effiong, a mother of a two-month-old infant, “this is my first baby, I am not doing exclusive breastfeeding because of hunger. Anytime the baby sucks me, I’ll be very hungry and to be giving him breast all the time will not be easy for me, I give water and guinea corn with milk sometimes.

Another woman, Edna, said she delivered through cesarean section and fell sick afterwards, therefore, exclusive breastfeeding was not an option for her.

She added that all her children were not exclusively breastfed yet they are not doing badly in school adding that any mother who can withstand the rigours of exclusive breastfeeding should go ahead.

But, a senior nursing superintendent, Immunization unit, Itam health Centre, Emem Sunday in an interview with our correspondent at the weekend faulted the excuse of some mothers for evading exclusive breastfeeding.

Sunday, however, re-emphasized the advantages of exclusive breastfeeding which she described as feeding the infants with only breast milk from 0-6 months to include immunity and brain development for the baby, bonding between mother and child, economical, and source of family planning for the mother.

She stressed that the benefits of exclusive breastfeeding outweigh the disadvantages if there are any and encouraged them to embrace it.

She said, “Exclusive breastfeeding has a lot of advantages, it is economical, it saves time and helps in family planning.

“But in spite of the numerous advantages, some people still complain about time, that the baby cries, some people are so poor that they don’t have food to eat to produce breast milk. These are the complaints we hear from mothers that make them not engage in exclusive breastfeeding.

“Some of them are ignorant of the importance of exclusive breastfeeding, some have retracted nipple that prevents the baby from sucking and some of them do not even know they have the problem, so have poor attachment with the baby, mothers that are sick cannot feed exclusively, some women use suckers to feed their babies and instead of breastfeeding they give sucker or water which we always discourage.

“When breastfeeding, the breast is for the baby and not for the father they should breastfeed their babies from 0-6 months before introducing complementary feeding.”

However, Breakthrough Action-Nigeria, (BA-N), a USAID-funded social behaviour change project in Akwa Ibom State has continued to sensitize women on the importance of breastfeeding their babies exclusively.