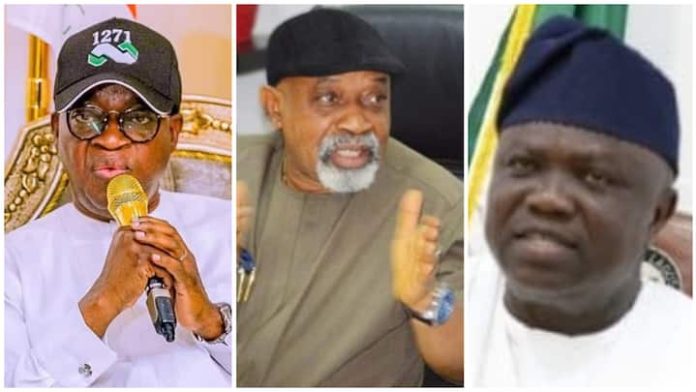 Political office holders always desire re-election globally. In Nigeria, the narrative is the same, the aspiration is valid and lawful.

The governors are a prominent case study in the Nigeria case. The office of the governor is lucrative because of its influence, paraphernalia and almost unrestrained access to state funds.

This has made incumbents go any length in retaining their seats for a second term, source from The Punch.

However, some of them lost their second term bit due to issues around the intra-party crisis, unfulfilled promises, godfatherism and outright non-performance.

A closed example is the recently concluded governorship election in Osun state, where Gboyega Oyetola of the All Progressives Congress (APC) and incumbent governor of the state lost to Ademola Adeleke of the Peoples Democratic Party (PDP).

List of governors who lost in their second term bid