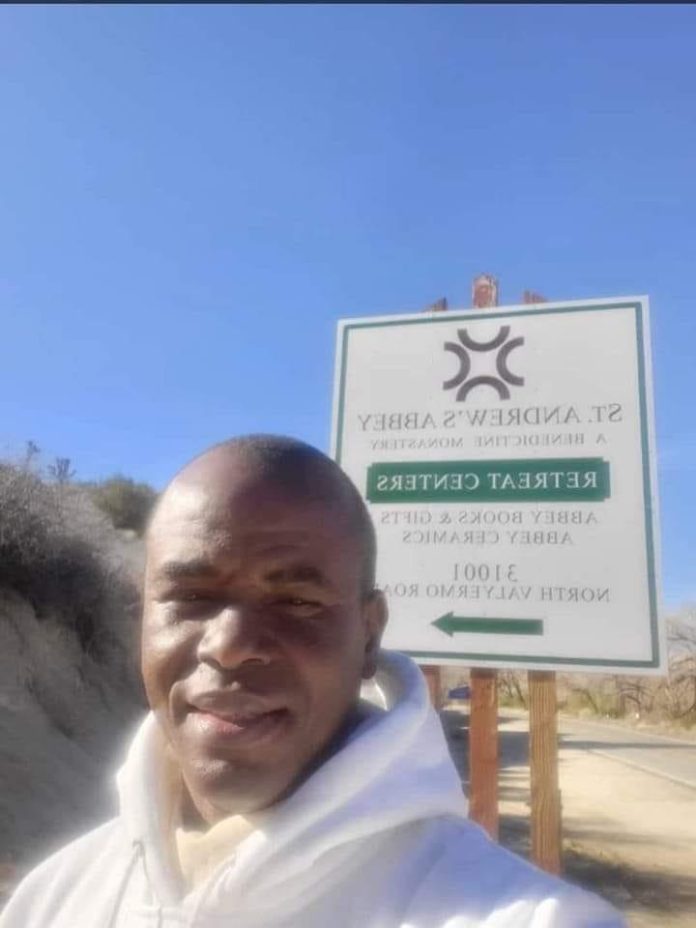 The founder of Adoration Ministry Enugu, Father Ejike Mbaka has arrived at a monastery in Los Angeles, United States of America.

The cleric in a video trending online, announced that he has arrived in the United States of America for a church programme.

This is coming months after he was asked to step down following his comments about the Labour Party (LP) presidential candidate Peter Obi.

Mbaka had called the politician stingy, stating he would never become the next President.

Fr. Mbaka was replaced by Fr. Anthony Amadi to coordinate the activities in the Adoration Ministry, much to the dismay of his (Mbaka’s) supporters.

In the viral video, the priest was seen standing by the signpost of a monastery in the US.

He wrote: “Officially, I have entered into St Andrew’s Abbey Monastery in Los Angeles, Valyermo.”