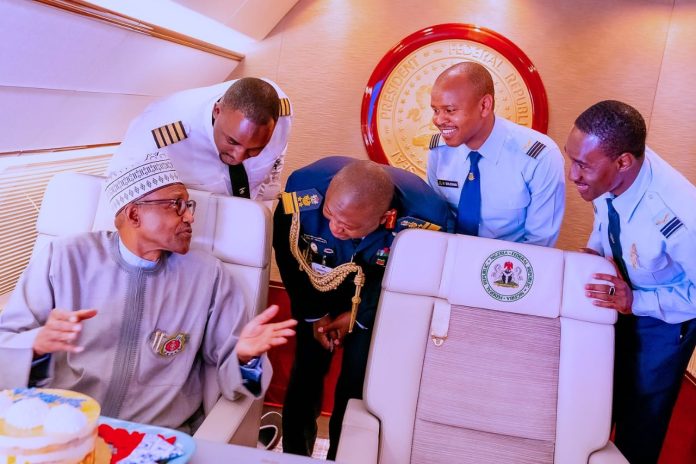 It was yet another year of medical tourism and globetrotting for the Buhari administration, as the President embarked on 19 foreign trips in 2022.

With official and unofficial appearances ranging from random visitations, summit attendances and medical appointments, AF24NEWS has observed that the Presidential carrier has spent over 200 hours traversing the globe this year alone.

On January 18, President Buhari travelled to Banjul, Gambia, to attend the inauguration of Gambian President Adama Barrow, returning two days later. The President, less than a month later, on February 4, again jetted off to Addis Ababa, Ethiopia, to attend the 35th African Union session. On February 16, Buhari attended the Europe-Africa Summit in Belgium.

After a March 2nd trip to Nairobi, Kenya for a Special Session on the 50th anniversary of the United Nations Environment Programme, President Buhari embarked on his first medical trip. On March 6, he left Abuja for London, returning 13 days later.

READ ALSO: Buhari Travels: A president’s many foreign trips in 2022

After remaining domestically constrained in April, he was back in the air on May 9. The President attended the UN conference in Abidjan, Côte d’Ivoire. On May 19, he flew to Abu Dhabi on a condolence visit to the President of the United Arab Emirates, Sheikh Mohamed Al Nahyan, on the passing of the former president and Ruler of Abu Dhabi, Sheikh Khalifa Al Nahyan. On May 27, President Buhari jetted to Equatorial Guinea where Heads of State held a security meeting. On the invitation of the Spanish President, Buhari set off again 4 days later to Madrid.

In June, the President made two international trips—one to Accra, Ghana for the ECOWAS Summit on June 4, and another to Kigali, Rwanda for the Commonwealth Heads of Government Meeting.

On July 3rd, the President travelled to Portugal at the invitation of the Portuguese Government, and on July 6, left for the International Development Association (IDA) for Africa Summit in Dakar, Senegal. He also attended the independence anniversary of Liberia on July 26.

On October 22, Buhari left for South Korea to attend the First World Bio Summit. On October 31, he left for his second Medical trip of the year.

On November 23, the President left for Niger two attend the African Union Summit and a book launch. On December 11, Nigeria’s president jetted off again, this time to attend the US-Africa Summit in Washington.

NAF 001 gulps hundreds of millions for foreign trips in 2022

According to findings by AF24NEWS, the cost of fuelling the Boeing 737NG-BBJ—Nigeria’s Presidential plane and the assigned carrier for President Muhammadu Buhari—ran into hundreds of millions for international flights during the calendar year alone.

According to an analysis by our aviation correspondents, the total cost of fuel used during the flight of the president to and from medical appointments this year was in the excess of N60m. When the President took off in March, the fuel price was about 600/litre. The Presidential jet burns about 3000 litres of fuel per hour. Flight time to the UK is approximately seven hours long. This means the jet uses about 42,000 litres per round trip to and from the UK, resulting in about N25m worth of fuel expended. This figure is higher in the October trip as aviation fuel costs had risen to 780/litre.

AF24NEWS reports that the Presidential Air Fleet currently consists of nine other aircraft asides from the 737-800 (codenamed Eagle One).

In October, it was reported that the budgetary allocation to the Presidential Air Fleet has reason by 121 per cent over the eight-year tenure of President Muhammadu Buhari.

Since 2016, the Nigerian Government has allocated N81bn to maintain the PAF and for local and foreign trips. According to findings, the Government has at this time allocated N62.47bn for the operation and maintenance of PAF, N17.29bn for foreign and local trips and N2.04bn for other related expenses.

AF24NEWS also observed that the Offices of the President and the Vice President spent 13.89bn on trips from 2016 to date.

According to findings by news outlet The PUNCH, Aircraft fueling for that period gulped about N2.69bn. 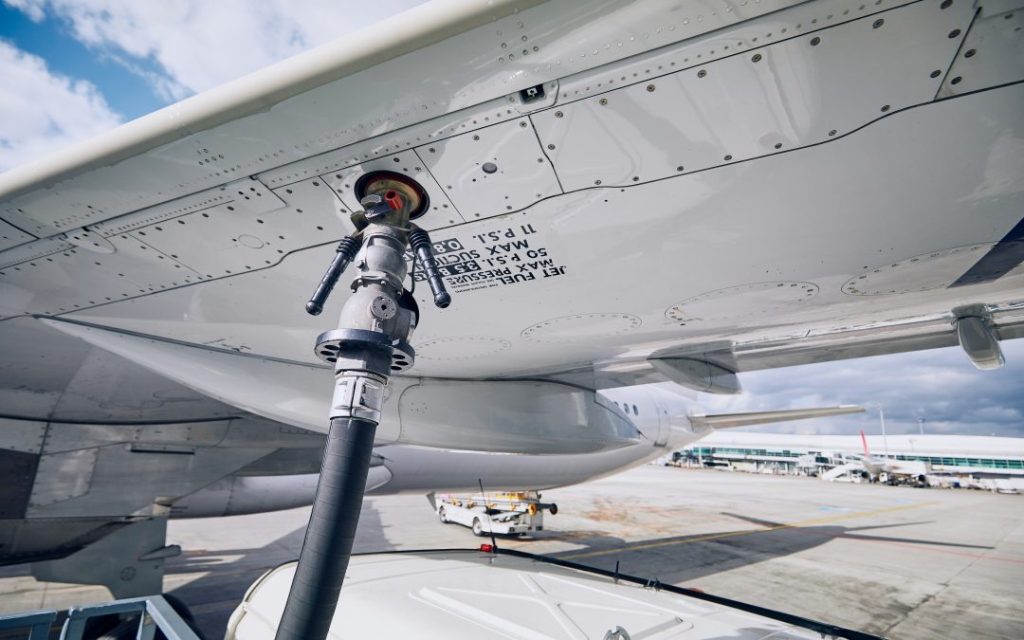 According to the London Luton Airport Charges & Conditions of Use 2022/23 handbook, there are sundry charges incurred for every international flight.

The aircraft parking charge per minute is estimated at £0.042 per tonne.

Meanwhile, the Presidency has repeatedly defended the spending on the operations of the Presidential Air Fleet.

In response to the outcry when the official carrier of the President was parked in the UK for months in 2017, the Presidency said that the idling capacity of the PAF was in tandem with the standard operating procedure and international protocol.

“For the avoidance of doubt, this President is not the first to have a presidential aircraft standing by for him, as he will certainly not be the last.  All past heads of this country have had this privilege, and the part that surprises the most is that leaders who in the past travelled with three Nigerian aircraft did not suffer this trenchant criticism,” the Presidency had said.

Concerning the cost of parking, which had been estimated to run into hundreds of millions, the Presidency claimed that “aircraft conveying heads of state all over the world usually enjoy waivers even where payments for parking are differentiated by aircraft categories”.

“We have been assured that where the waiver is not granted, payment will not exceed £1,000, which is a quarter of the amount being peddled,” the Presidency said.

The flying habits of the Muhammadu Buhari-led administration have come under fire in recent times, with Nigerians and political commentators declaring it a wasteful and cost-ineffective expense.

Femi Falana, a Senior Advocate of Nigeria, had in 2020 condemned the presidency for wasting money on the Presidential Air Fleet. The lawyer made the comment shortly after President Buhari’s daughter used the presidential jet to attend a family function. Falana had, in a rebuttal to the presidential spokesman, Garba Shehu, said that there was no precedent for such privatisation”, and reminded the Nigerian Government of its promise to reduce the cost of operating the fleet.

“In view of the foregoing,” he said, “We call on President Buhari to stop the members of his family from using any of the aircraft in the presidential fleet with a view to cutting down on waste.”