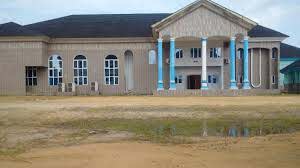 The headquarters of Gbaramatu Kingdom in Warri South West Local Government Area of Delta State has urged the newly appointed Vice Chancellor of the Nigerian Maritime University, Okerenkoko, Professor Munakurogha Adigio, to fast-track the development of the university to make it one of the best in Africa.

In a press statement signed by Chief Dennis Otuaro and issued at Oporoza, the headquarters of Gbaramatu Kingdom, President Muhammadu Buhari was commended for appointing the new VC,   whose appointment became effective on June 11, 2020.

READ ALSO: Nigeria tops African countries with foreign students in the US

Advising the new VC to hit the ground running, Otuaro noted that the university had suffered some major challenges from the beginning and therefore implored the new Vice Chancellor to bring his vast wealth of experience to bear in its development.

He said, “I commend President Muhammadu Buhari for the well-deserved appointment of Prof Munakurogha Adigio as the Substantive Vice Chancellor of the Nigerian Maritime University, Okerenkoko. The President made a very good choice and we are happy about it.

“He must do everything possible to put the University in the global map, he should partner with other Universities around the world for the overall development of the Nigerian Maritime University, which is the first of its kind in West Africa.

Otuaro assured the new Vice Chancellor of the total cooperation and unwavering support of the people of Gbaramatu Kingdom and the entire people of the Niger Delta Region.

“The Nigerian Maritime University, Okerenkoko has come to stay and I want to assure the new Vice Chancellor of our total support for him to succeed. He should feel free to seek wise counsel from well meaning individuals from Gbaramatu Kingdom and the entire Niger Delta Region. He should rest assured of our cooperation and support always,” he stated.

Until his appointment, Adigio was a Professor in the Faculty of Engineering, Niger Delta University, Wilberforce Island, Bayelsa State. He holds a PhD in Mechanical Engineering from the Loughborough University, Loughborough, Leicestershire, United Kingdom,  in 2006.