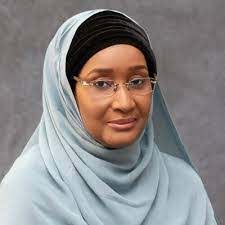 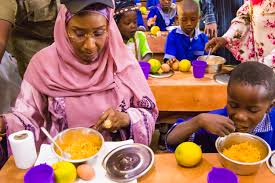 The Nigerian government has allocated N7.5bn for research activities in all its research institutes, universities, polytechnics and colleges of education for the year 2019. This is happening as the Minister of Humanitarian Affairs, Disaster Management and Social Development, Sadiya Umar Farouq, disclosed that the Federal Government would be spending approximately N13.1bn to feed primary 1-3 pupils in its home feeding programme.

The Executive Secretary of the Tertiary Education Trust Fund (TETFUND), Prof Suleiman Elias Bogoro, in a document obtained by FrankTalknow.com,  had said that the N7.5bn research fund represented about 50 per cent increase when compared with the N3.9bn released for the same purpose in 2019.

However, the Humanitarian Affairs, Disaster Management and Social Development  minister,  in an interview,  said that the feeding  of 3,131,791 pupils in primary 1-3  currently at home, would  cost the Federal Government a sum of N13, 153,522 ,200. To arrive at this figure, she said the number of pupils was multiplied by N4200, the cost of each food pack.

The home feeding programme of the Federal Government has been grossly criticised by   many Nigerians, with most of them questioning both its workability and the essence of feeding children that are not in school.

However, Farouq said, “The take Home Rations are not unique to Nigeria. It is a globally accepted option. Seventeen other countries have adopted the use of Take-Home ration in response to COVID-19 and it has been endorsed by the World Food Programme.  Each food pack is placed at N4, 200. And we plan to reach 3,131,791 households which comes up to N13.1bn across the 36 states and the Federal Capital Territory.”

According to her, countries that favour Take Home Rations in Africa are Liberia, South Africa and Nigeria.  She said the feeding programme has commenced in the FCT and Lagos and that government was already providing Take Home Rations of uncooked food items to the households of these children.

Asked why the ministry was bent on feeding children at home, she said, “I believe the question to ask is how we can support families with young children who are facing hunger. It is all about hunger. COVID- 19 has clearly highlighted that people are having to make a choice between staying safe at home and staying hungry. Our goal is to try to support these families so that they do not have to make that difficult and terrible choice.”

To monitor the programme across the country, she said that the ministry had deployed several monitoring mechanisms to ensure that funds released to the states are used for the intended purpose and that the food bought is distributed with equity to the intended beneficiaries.

Confronted with the fact that many Nigerians still see the feeding programme as a scam and an avenue to steal, she said, “Let us put this in another way, are we saying as Nigerians, that the households of these children do not deserve government to make an effort to provide them with food during this very difficult time? Recall that the school feeding programme is solely for primary school children 1-3 in public schools.

“The majority of public-school children come from vulnerable households. No Government can fold its hands without at least trying to address the fact that there are households out there with these very young children who are facing hunger and rising malnutrition. The current crisis has also highlighted the paucity of data and reaffirmed why government must invest in better data management.”

According to her, the programme will create jobs for farmers. “For a start, let us consider the level of impact on poultry farmers. The programme is targeting 3,131,971 beneficiaries. Each beneficiary gets 15 eggs.  Do you realise what it means to buy 15 eggs multiplied by the number of beneficiaries? That is income for poultry farmers which they would not have earned otherwise. Cooks have been brought in to assist in the distribution process and are to receive a stipend so that they can remain a part of the programme. You can see examples all the way down the value chain.

“It is true that the pandemic has slowed down economic activities. But the aggregation system through which the programme operates is still used in this modification, meaning state aggregators are expected to collate the food supplies from various suppliers including producers.”