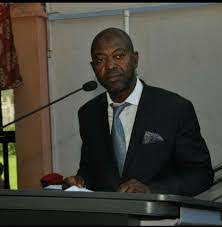 “Do web/online services now fall within the jurisdictional domain of NBC not NCC?  How will NBC rationalize that an online entity is “broadcasting, or streaming? Especially if such contents received by devices are connected/known to the service providers, which is clearly distinguishable to the notion of traditional broadcasting? “ 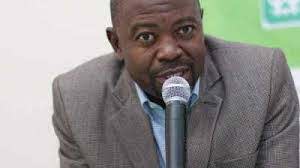 Monday June 22, 2020 was an unusually tragic day in Lagos reinforcing the pre-existing atmosphere of multiple rape cases all over the country.  On that day alone, two couples were found dead in their respective apartments in different parts of Lagos.  In each of the two cases, the man had killed the woman as punishment before taking turns for suicide. While the cause of the first case was not immediately known, the second, which happened in Lekki, was allegedly in respect of the controversial paternity of one of the two children the wife had for the man. Domestic violence is so much in the air. Many have argued that we are manifestations of what our media dispense. Incidentally it’s the era of ultimate public sphere such that re-transmission of media contents often continues without any predictable end.

To stem possible replication and escalation of violence, the National Broadcasting Commission, NBC, got an unsolicited offer to support the reworking of its Code in 2017.  The support was to ensure conflict sensitivity as well as sensitivity to gender inclined issues.  The resultant suggestions were directly shared with the NBC management for possible further scrutiny.  Furthermore, on account of the multi-stakeholderist leaning of broadcasting, entailing what has come to be known as surrender value, the consultants, led by their anchor, took the campaign to the 2017 Kano Broadcasting Summit. The presentation, done by the anchor, was well received by the general house.  But that was the end with that intervention.

The NBC management, obviously running like a closet, had a different plan. Recommendations on conflict-sensitivity and gender sensitivity could not be immediately accommodated in the forthcoming Code.  All that happened before the first off-campus community radio was set up in Niger State.

Today, there’s a plethora of not only campus radio stations but also those run by grassroots folks, in addition to online broadcasting, done by dudes with little or no professional media training. We can therefore imagine the quantum of anomie occupying our airwaves today even as the reach is limitless.  Part of the impact perhaps is the multiplication of gender based violence (GBV) and others.  Shouldn’t we tame our technological advancement to attract more and more benefits to us by the day? We missed that opportunity in 2017 when the opportunity to tame our broadcasting Code came.

What looks like another review opportunity of NBC Code is here in 2020 in form of major amendments, but the ‘closet culture’ of NBC seems to have persisted. And now the price is doubling in line with the prophesy of Historian Santayana that when history repeats itself, the price doubles.  With utter disregard for multi-stakeholderism, NBC has concluded another review.   Sadly enough, rather than signal advancement for the country, it’s steeping us into a  reverse gear with multiple unpleasant manifestations at a time everyone is seeking healing balm for the sudden, but protracted affliction of Covid-19 and even Nigeria’s peculiar socio-economic challenges.

Most conspicuous in the new (?) Code perhaps is the manifest obvious lack of understanding of the workings of digital media, even with the orchestrated intent of President Buhari’s government to emphasise digital technology in conducting its operations.  The first and perhaps the most enduring impact registered so far by Minister Pantami is the renaming of his Ministry to that of Communication Technology and Digital Economy.    But how all-pervading is this emphasis on digital technology on the workings of an agency like NBC with its strong leaning on technology?

The Commission has publicly announced that it would, as with other broadcasting genres, regulate online broadcasting. Questions now arise: Do web/online services now fall within the jurisdictional domain of NBC not NCC?  How will NBC rationalize that an online entity is “broadcasting, or streaming? Especially if such contents received by devices are connected/known to the service providers, which is clearly distinguishable to the notion of traditional broadcasting?  What no one requires any expertise to know however is that AIT or NTA has no known competence to ascertain or establish specific devices (TV-sets) tuned in and watching.  It therefore cannot disconnect individual devices from receiving any of its output.

READ ALSO: AN OPEN LETTER TO JAGABAN by Femi Fani-Kayode

NBC should have appreciated the impracticability of its proposal if it had, rightly, sought to interact with stakeholders on this.  But what else can a timid agency shying away from the reality of the global best practices do?

Most alarming perhaps is the Commission’s deliberate move with the amendments in its 6th Code against the tide of reality in the creative world, threatening to dampen  Nigeria’s huge promise, indeed playing out “the happiest moment as saddest encounter”. How? NBC now wants to protect exclusivity of content broadcasting.  In its recent amendment contained in the new Code, the Commission insists rights holders, after daring investment risks, must sub-license to other broadcasters, the contents they should have exclusive rights to.  NBC argues that the amendment was imperative to boost local content production and make broadcast sector a better level playing field. How illogical! NBC hardly seeks the perception of the players before coming to this conclusion.

If ever unclear, the reality of the “The World is Flat”  and the  “Global Village” claims by Thomas Friedman and Marshall McLuhan are here, courtesy of digital technology. Netflix, IrokoTV and the rest of them are springing up to sprint early and happily with some otherwise hopeless local producers here.  These ‘locals’ are handsomely paid for their hitherto untapped efforts indeed to the envy of  professionals traditionally perceived to be ‘high up’. Physician Olaokun Soyinka, son of  Nobel Laureate Soyinka, recently bared his mind on this on Twitter: “It’s like the whole family’s getting Netflix deals & I’m in the wrong job! So, I vexed and wrote a book…I know COVID19 Tips won’t get me a film deal but I’ve a cunning plan.  Wait until audition day”

The investors are only hopeful in the not so certain future, but they keep stirring up hope in the creative folks who, in turn, could help generate additional employment.

If fighting ‘monopoly’ in the mould NBC conceives were to be deemed foolproof, the experience of the defunct Toyin Subair-led HiTV is enough a warning.  At a time in the recent past, HiTV held the exclusive rights to the indomitable English Premier League.  It never shared it with other broadcasters but it’s all history today. The lesson: holding exclusive rights to premium content constitutes only a component of broadcasting.

Having clearly betrayed a clear understanding of the workings of digital technology and the relevant legal implications, NBC will do well to, in future, study the overarching policy of the Federal Government on digital technology which is now central to all human activities, before churning out any policy which the Code symbolizes.

For an agency operating in a trendy environment, it is inevitable for NBC to be demonstrably open and receptive to ideas from stakeholders of varying orientations and leanings.  This will ensure that it comes up with policies that readily align with democracy and good governance protective of the interests of the majority of the people and supportive of economic and related developments.