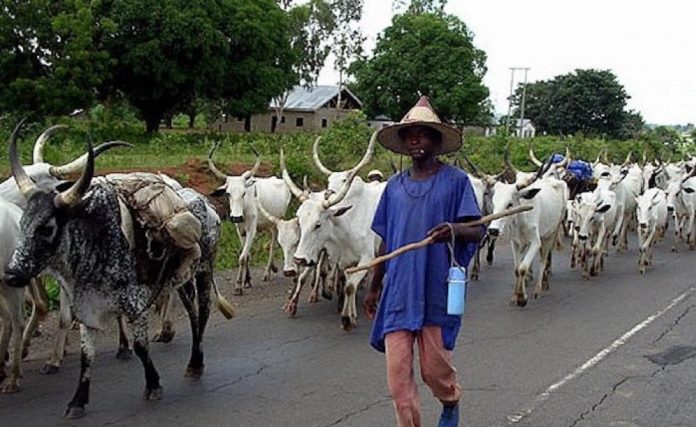 Suspected herdsmen, armed and dressed in military uniform, on Sunday, reportedly invaded a farming community, 2nd Abumere Ojigbelu Camp, in the Ovia North-East Local Government Area of Edo State.
The marauders were said to have chased the villagers away and taken over their farms, houses, and property.
Some of the villagers were said to have fled to neighbouring communities around Okada.
A victim, Mattu Alli, from Taraba State, said, “I have been here for over 20 years with my family. I was in my compound with my family having a good time when we started to hear gunshots and people running in different directions.
“I saw one Benin man running towards my compound and I asked him where he was running to. He said herdsmen had taken over the village and were chasing people away from their houses. I called my wife and we ran for our lives.
“I did not see my children; everyone ran in different directions. As I speak to you now, I don’t know the whereabouts of my wife and children.

“One of the Fulani herdsmen pointed a gun at me and said they were for peace. He said we would only kill you, people, if you refuse to allow our cows to feed on your crops. The yams and cassava you people have are for our cows. If you people touch our cows, we will kill everybody in this village. For us to be safe, we ran to the next community.”
Another victim, Sunday Chimen, said he had been a farmer in the village for over 20 years.
“We heard gunshots and people running in all directions. We later discovered that Fulani herdsmen had taken over our community with sophisticated AK-47 rifles and threatened to kill us if we did not cooperate with them. We are calling on security agencies to come to our aid as our community is under siege,” he added.
Another resident, Mrs. Ngozi Chimen, said, “The nefarious activities of these Fulani herdsmen have been going on in our community for the last two months. They entered into our farms, chased us away, and harvested our plantain to feed their cows. Some of them were in army uniform.”
The Edo State Police Public Relations Officer, SP Kotongs Bello, said he had not been briefed on the incident.
However, he promised to get back to our correspondent after speaking with the divisional police officer in charge of the area. He had yet to do so as of press time.